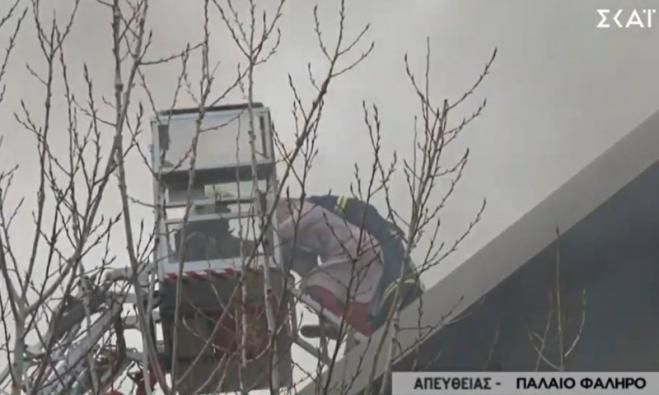 A large fire broke out early Thursday morning in an apartment in the southern seaside suburb of Paleo Faliro.

A large fire fighting force rushed to the area immediately. Firefighters, using a ladder vehicle, attempted to extinguish the fire and managed to get it under control at around 9:30 am, and managed to freee the two women, one on the 5th floor and one on the roof.

In the fifth-floor apartment where the fire broke out, a woman was trapped and released by the use of a fire truck. It is worth noting that the woman remained in the burning compartment for about 45 minutes. Shortly thereafter the firefighters reached the roof and saved another elderly woman.

Speaking to SKAI, a fire brigade spokesman said two women had been saved. At the same time, he emphasized that from the first moment all the tenants were evacuated. Fortunately the fire did not spread to other apartments, but it is not yet known how it broke out.

According to the Fire Brigade, 15 firefighters with 5 vehicles rushed to extinguish the fire.