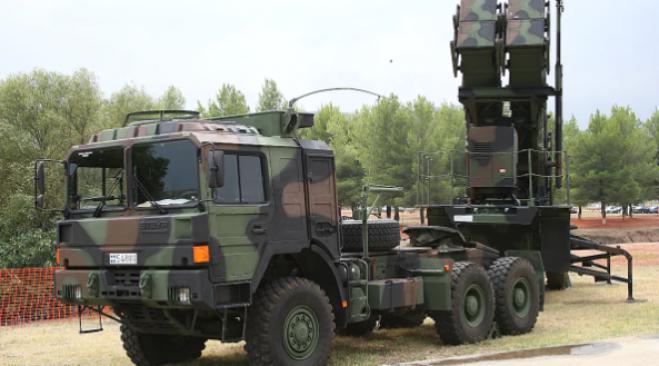 Greece says it is preparing to deploy a Patriot surface-to-air missile system unit to Saudi Arabia to help protect the Kingdom’s oil infrastructure. This news comes amid reports that the U.S. military is trying to get approval from Iraqi authorities to send Patriots there in the wake of unprecedented Iranian ballistic missile strikes aimed at American personnel in that country last month. That plan could involve moving U.S. Army Patriot units presently in Saudi Arabia into Iraq.

Stelios Petsas, a spokesperson for the Greek government, announced the impending Patriot deployment in an interview on Feb. 3, 2020. He did not say how large the air defense contingent would be or when would actually arrive in Saudi Arabia, but said that the government in Riyadh was underwriting operation, which is “to protect critical energy infrastructure.” The Greek military has six squadrons of Patriot PAC-3 surface-to-air missile systems, all of which are assigned to the Hellenic Air Force’s 350 Guided Missile Wing.

“The deployment contributes to energy security, promotes our country as a factor of regional stability and strengthens our ties to Saudi Arabia,” Petsas said. “As a defensive system, this constitutes no threat to other countries in the area.”

Petsas added that discussions about sending Greek Patriots to Saudi Arabia first began in October 2019, which is not surprising. The month before, unprecedented suicide drone and cruise missile strikes had caused significant damage to Saudi oil infrastructure.

The Kingdom subsequently said that it believed the strikes were at least “sponsored by Iran,” while the United States accused Iran of directly carrying out the operation. U.S. authorities quickly pledged to help bolster Saudi air and missile defenses and called on its allies and partners to do the same. Petsas said in his interview that France and the United Kingdom were also be planning to send forces to Saudi Arabia and that Italy might be looking to do the same in the future.