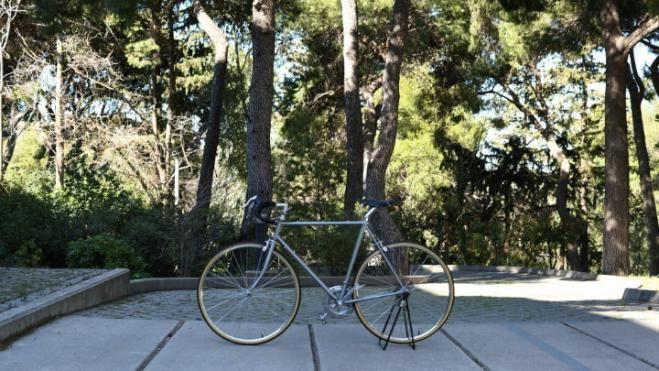 Efthimios Bakogiannis, Secretary General for Regional Planning and Urban Environment, presented the environment ministry's strategy for the dynamic development of cycling tourism, as well as the promotion the use of bicycle in general in the framework of the MEDCYCLETOUR project at an event organized by the Regional Fund of Western Greece.

Explaining the full range of actions for the "cycling strategy in Greece", Bakogiannis stated that "the benefits of promoting and supporting cycling tourism are multiple and directly reflected in the strengthening of local communities. These are economic, social and environmental benefits at a time when European cycling tourism alone is valued at 2.8 billion euros annually in travel and 25.6 million overnight stays, or about 3 pct of all Europeans' tourist travels."

In particular, immediate priority will be given on financing studies per regional unit for projects that will integrate settlements and areas of interest into bicycle network hubs.

Another priority is the implementation of Greek branches and two national routes of the trans-European EUROVELO bicycle network, as well as the creation of routes connecting this network with specific points of interest.

It is also envisaged to strengthen shared bicycle systems in the urban area, as well as raise public awareness through campaigns and encouraging the increased use of the bicycle.