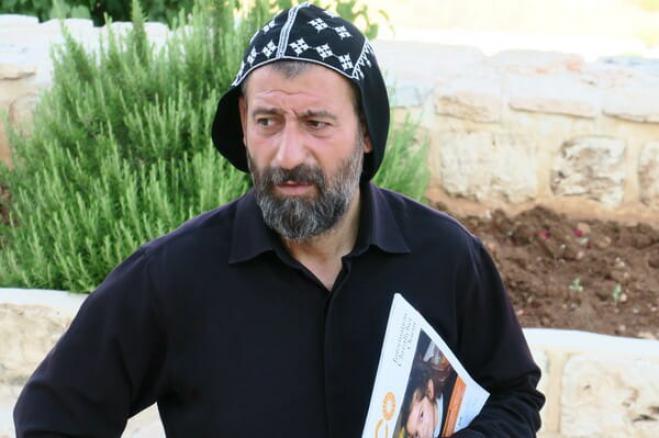 Turkey's Christian minority is once again being put under pressure. In early January 2020, the Syriac Orthodox Abbot Aho Bilecen and two parishioners were arrested in Tur Abdin in southeastern Turkey. They were released from police custody a few days later, but still other Christians have been arrested. Tur Abdin is a former Christian stronghold. Father Slavomir Dadas, chair of the “Initiative Christlicher Orient” (Initiative for the Christian Orient), spoke with Aid to the Church in Need about the plight of Christians in Turkey:

You have excellent contacts in Tur Abdin. How are the three Christians doing who were arrested and then released?
They are doing as well as can be expected – in spite of the uncertainty, which of course still prevails. The people arrested were the Abbot of the Syriac Orthodox monastery Mor Yakub d’Karno and two mayors. The abbot was in police custody for four days, one of the mayors was released after two days, the other after one day.

Why were the three men taken into custody?
It has been reported that a Kurdish PKK fighter defected to the Turkish army. He allegedly informed them that the Abbot and the two others had given food to a number of PKK fighters a few years ago. This is automatically interpreted as providing support for terrorism and led to their arrest. However, no one actually saw the official transcript of the statements made by the former fighter.

This shows a deep unease on the part of Turkish authorities …
Residents of Tur Abdin told me that, unfortunately, this happens every few years. The Christians do not feel welcome in their own homeland and have to endure frequent harassment. Placing the abbot in police custody for four days is really an extreme measure. We have also been informed that a Christian couple has now been arrested, apparently because of a disagreement over property rights.

In general, has the situation of Christians in Turkey changed at all over the last few years?
The biggest problem, particularly in Tur Abdin, is that people can no longer envision a future for themselves in the region. It is said that there were almost 50,000 Christians living there about 50 years ago. When I recently visited the area, they were talking about only 2,500 Christians.

Turkey is a large country. Does a Christian lead a better life in Istanbul than in Tur Abdin?
Yes. Christians in Istanbul enjoy more freedom. In Tur Abdin they seem to be regarded as a problem because the area itself is considered a Christian region. This is not acceptable in a Muslim country. However, I have also seen it happen that when tourists visit the monastic centers in Tur Abdin, this also awakens the interest of the Muslims. They admire the Christian culture and history. At least in terms of culture, this has set a few things in motion on the part of Muslims. But nothing has happened from a socio-political perspective.

A large Christian exodus from Tur Abdin took place in the 1980s. This was because of the fighting between the Kurdish PKK and the Turkish government. Are you concerned that this will happen again should there be further military escalation?
The people living in Tur Abdin say that they are less concerned about the military situation than about what is happening economically. The government has basically always left this area to its own devices. The only help it receives comes in the form of donations from organizations or from emigrants; the people living there would not be able to survive without this aid. We visited many villages during my trip to the region. The villages were once inhabited by 200 to 300 families, most of them Christians. Today, two or three Christian families live in a village, mostly people who once lived in Germany or other Western European countries who moved back to spend their retirement there. They are guardians of the cultural heritage and the faith there.

Do you believe that the country’s return to Islam will progress further? And is this caused by the alienation between the EU and Turkey?
I believe that this alienation was not always intentional. However, there are a number of Muslims who have been greatly strengthened by this development. For example, several Christian villages have been occupied by Muslims and they have appropriated the houses of Christians living abroad. It is very difficult to get them back. This reflects the current situation in Tur Abdin: the people feel as though they are being “dispossessed” without legal recourse. They are losing everything they own without an actual legal basis. They are losing everything Christians have worked for over the course of history.