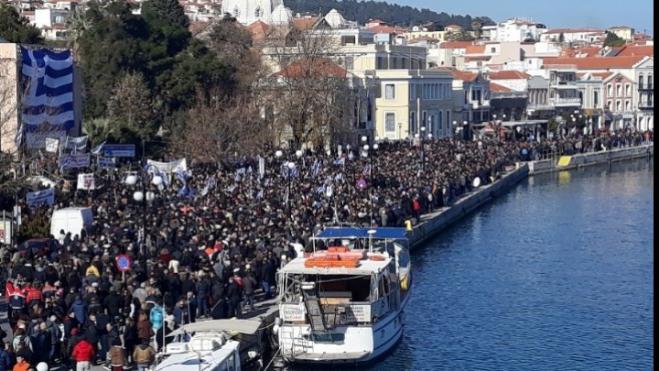 The North Aegean Region and its municipalities have called for a general strike on Wednesday.

The decision was announced by North Aegean regional governor Kostas Moutzouris at a meeting held in Mytilene, which also decided the establishment of a Coordination Body for addressing the situation on the islands.
The same announcement denounced 'the barbarous and extremely aggresive government action to send riot police to the islands of Lesvos and Chios to impose their violent transformation into new prisons, in defiance to the will and dignity of the islanders." The announcement also condemned the "attacks against defenceless civilians and the blocking of the roads".

The region and the municipalities invited all the residents of Lesvos to gather in Sappho Square on Tuesday afternoon at 16:00 and afterwards to move towards the Karavas area.

"It is a day of shame for all and mostly for those who ordered these actions. It is a shame for the islanders to be beaten and to suffer from tear gas. Not even the junta did these things," Moutzouris said.