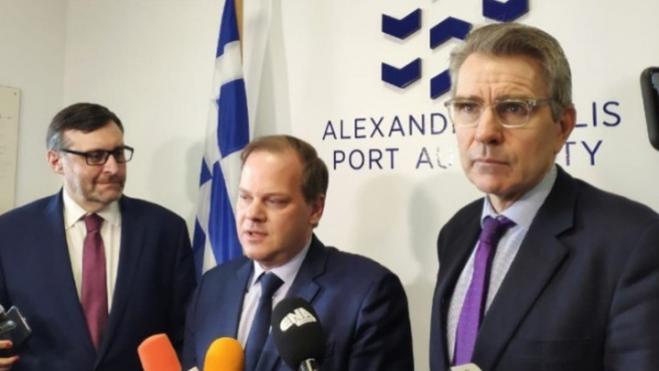 Infrastructure and Transport Minister Kostas Karamanlis stressed the importance of US officials' visit to the conference held on Saturday at the port of Alexandroupolis.

He clarified that "we are facing several bureaucratic issues ... that we need to resolve so that the port concession can proceed as quickly as possible".

On electromobility, which was the main topic of the meeting, Karamanlis said that there are two very important infrastructure projects that prove the government's interest in the issue and demonstrate that Alexandroupolis is becoming an energy hub for the wider region.