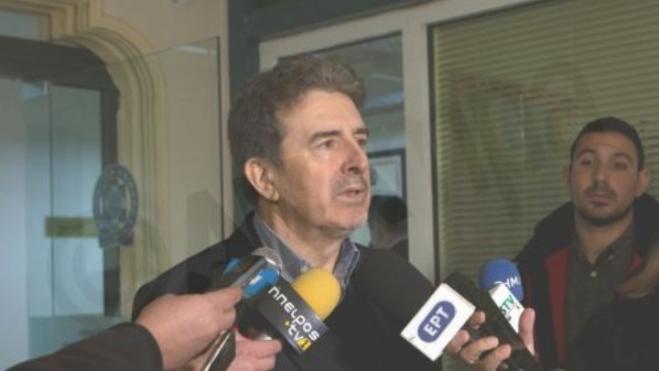 Europe "is here, united and determined to guard its borders from the invasion of despairing people," Citizen Protection Minister Michalis Chrisochoidis said on Thursday during a visit at the Evros borders with Turkey.

The minister criticized the neighboring country for "using despairing people without any conscience, like political pawns," during a visit to the borders and to the Frontex forces deployed there. He was accompanied on his tour by Executive Director of the EU's border control agency Fabrice Leggeri, and Director Operational Response Division at Frontex Ana Cristina Jorge.

The three officials paid a visit to the border post at Kastanies, where they were briefed by Hellenic Police and armed forces officers about the current situation at the borders. They then went to the Cultural Multicenter of Orestiada, where they spoke to staff sent by EU member states as part of the Rabit operation by Frontex.