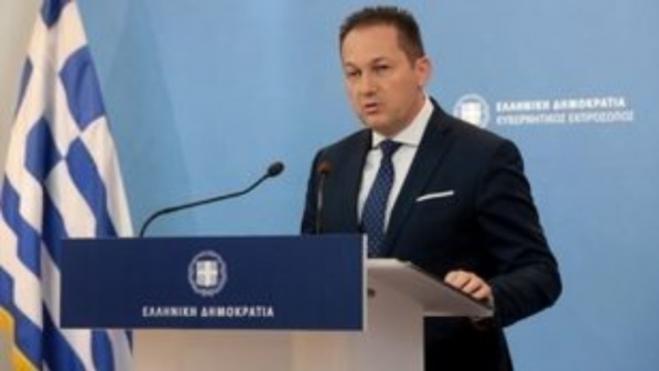 "During the cabinet meeting we will discuss the measures taken to address the coronavirus," government spokesperson Stelios Petsas said on Tuesday in an interview with ANT1 TV.

He also said that the government's economic team will be giving a briefing on additional measures to support the economy. They will also discuss the Ecofin decisions, in particular the exemption clause from the Stability and Growth Pact financial rules.

"We will also have suggestions from other ministers, such as the Minister for Migration and Asylum, on the protection measures taken at reception and identification centres. On Monday we took another step to ban flights to and from the United Kingdom and Turkey in order to reduce the likelihood of spread from these countries as well," Petsas stressed.

The government spokesperson also said that some additional decisions are expected on Tuesday to extend the support measures to other categories of business and traders.

"Every time we estimate that an industry is greatly affected by turnover decline, we will extend support measures to it, but with caution and prudence. We have emerged from 10 years of crisis and we must not go back. There is fiscal space that will be used wisely, but it is not unlimited," he said.