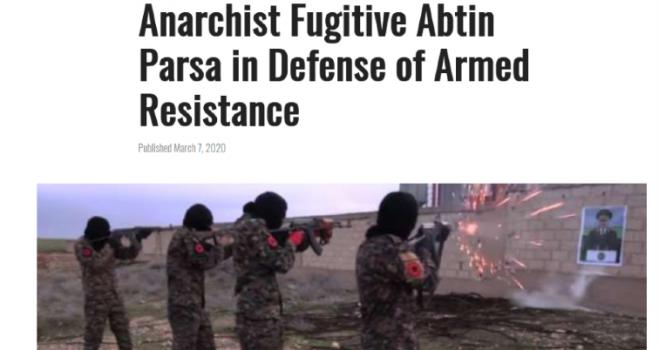 Police arrested the self-fashioned “Iranian anarchist” refugee who was urging immigrants and refugees via social media and anti-government websites on the Greek-Turkish borders at Evros to arm themselves.

In his posts and call to action, Abtin Parsa, as he is registered under his asylum status, would write “bullets are the only way to open borders for all”.

The man was arrested Sunday afternoon at Victoria Square in Athens under the anti-terrorist law for inciting illegal armed activity.

Parsa reportedly circulated between the Exarchia and Kypseli neighbourhoods and had contacts with organised squatters who occupied buildings.

According to the same sources, he had met members of the anarchist group Revolutionary Self-Defence.

The man was known to police as one of the foreigners who had previously participated in occupying buildings in various areas of Attica.

According to security sources, Paras is a well-known anarchist, active in the Exarchia area with frequent postings on athens.indymedia.