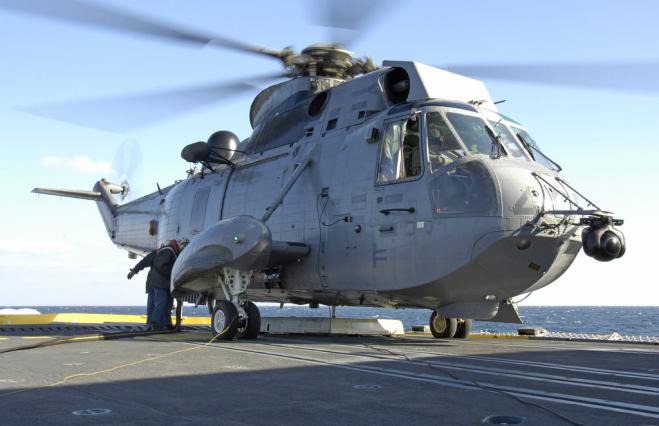 Shortly after midnight on Wednesday, Italian authorities called on Greece to assist in the search and rescue (SAR) operation to locate a Canadian helicopter that is missing west of Kefalonia, in an area where Rome’s FIR is joining the Athens FIR.

NATO’s military command in Mons, Belgium, confirmed the “disappearance of a helicopter” of the Canadian Armed Forces and that “a search operation is underway”.

The Canadian Armed Forces confirmed on Wednesday that they had lost contact with a helicopter of the HMCS Fredericton frigate, which was conducting a patrol on international waters between Greece and Italy, as part of a NATO exercise.

The Sikorsky CH-124 Sea King belongs to the force of the Canadian frigate Fredericton, from which it had taken off and was patrolling. The frigate belongs to NATO’s permanent naval force SNMG2.

The helicopter’s radar signal was lost about 85km from Kefalonia and in the Rome FIR area. According to the report, six people were on board the aircraft.

Debris have been found by Italian and NATO ships searching the site. 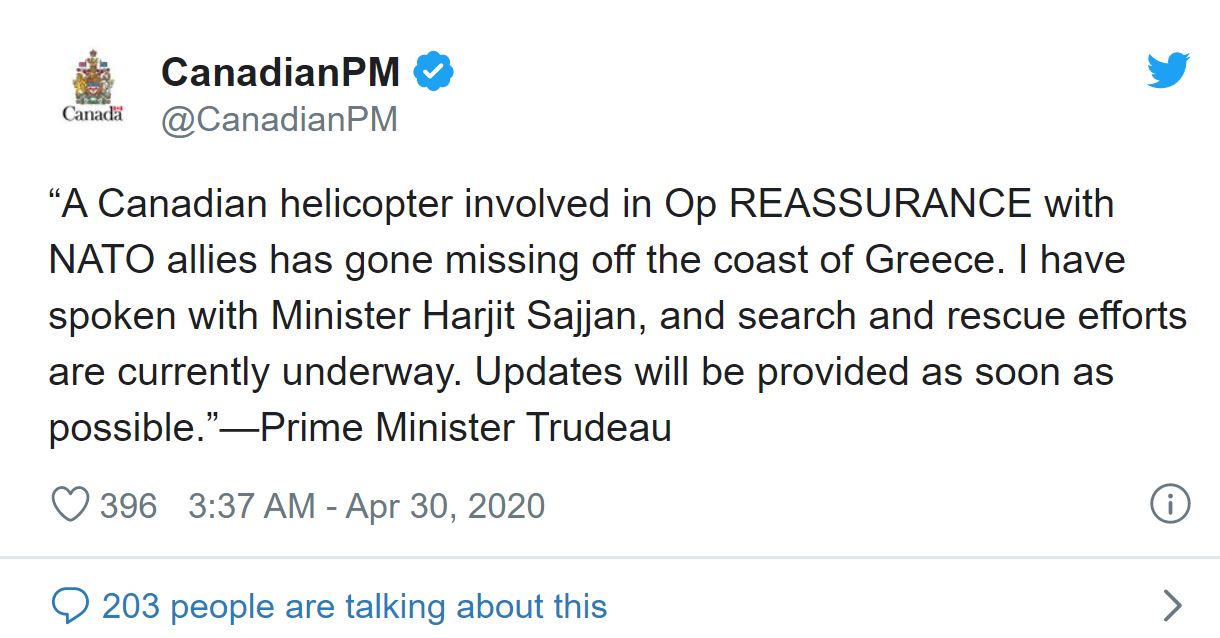 “A Canadian helicopter involved in Op REASSURANCE with NATO allies has gone missing off the coast of Greece. I have spoken with Minister Harjit Sajjan, and search and rescue efforts are currently underway. Updates will be provided as soon as possible.”—Prime Minister Trudeau
Tagged under