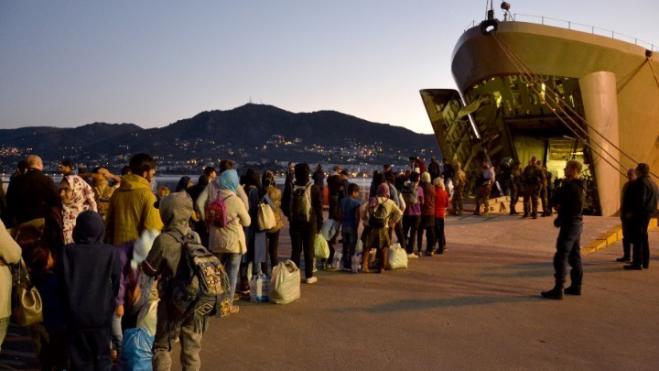 Some 400 asylum seekers and 350 unaccompanied minors will be relocated from Greece to France, it was announced after a Monday meeting of Alternate Minister of Migration & Asylum Giorgos Koumoutsakos with French Ambassador to Greece Patrick Maisonnave.

The first group of 50 unaccompanied minors is scheduled to depart Greece in July, according to a ministry announcement.

The relocation of the 400 asylum seekers to France had been agreed and announced in January by both Koumoutsakos and Minister of State for the Interior Laurent Nunez, but in the coronavirus outbreak that followed all asylum application processing was temporarily halted. This will resume the soonest possible, Koumoutsakos and Maisonnave said on Wednesday.

The French ambassador also confirmed his country's intention to increase its participation in Frontex EU border force missions to Greece.

Both officials also emphasized the significance of collaborating on flights with France to return those whose asylum applications are rejected to their home countries in Africa.