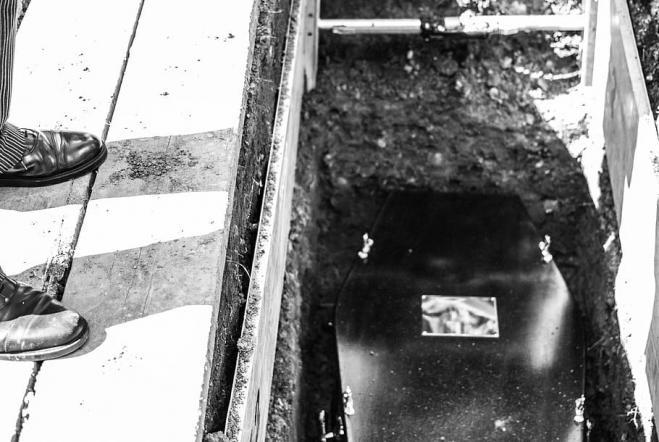 "It was a big shock, I didn't expect it," said the man, who received a phone call from an institution in Rhodes that his father was alive, a few days after he had been buried.

It all started when the man, who had no contact with his father, was informed by the Police that his elderly father was dead.

"I was called by the police, they told me he was dead. The funeral and the memorial service were held ", the son of the 73-year-old told ANT1, who said he was shocked by the event. But yesterday, as the man said, he received a phone call. "They called me from the institution and told me that my father was alive!"

The chronicle with the "resurrection" of the man
It is recalled that according to rodiaki.gr, last month and specifically on April 24, a man was found dead in a warehouse on Michail Petridi Street.

Given the address and the location of the body of the unknown man, the authorities assumed that it was a specific person who lives there and who had been taken to the hospital other times due to serious health problems. No papers were found on him to prove his identity.

The body was in advanced decay and police were called immediately. He was taken to the Rhodes morgue and there it seems that a relative of his confirmed that he was the 73-year-old who lived in this warehouse. All the relatives were informed and a funeral followed by a well-known funeral home in Rhodes the next day.

According to the publication, on Monday night his children were informed that the 73-year-old had not died and that he was alive and was being housed at the institution in the area of ​​Kolymbia.

The 73-year-old has been registered as dead in official police documents. What remains now is to find out the true identity of the body found at the site of the warehouse, which was buried on the 25th of last month in the Rhodes cemetery.

The Rhodes prosecutor's office has also been informed about the case and the Rhodes security will start an investigation in order to reveal what really happened.