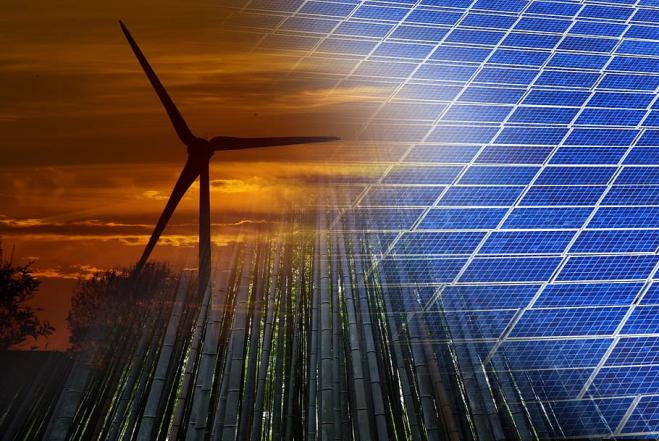 The equation in the wider Mediterranean region is multifactorial, as interstate energy, political and military developments in North Africa and the Middle East are tangled in a complicated ball of string.

At a teleconference yesterday, it became more than clear that in the current situation in the region, the US wants to have a dominant say, first in the field of energy, without hiding their willingness to "shorten" Russia's role. At the same time the French and Germans are taking a stand on the "Green Deal", ie the "green" investments that will be made in Greece in the context of the transition of Europe and while Turkey is trying to create faits accomplis.

Yesterday's teleconference was high-level and was the second meeting of the Strategic Dialogue on Energy Issues. The US delegation included the head of the delegation, Deputy Secretary of State for Energy, Francis R. Fannon, and US Deputy Secretary of Energy Mark Menezes. From the Greek side, the Deputy Foreign Minister for Economic Diplomacy, Konstantinos Fragogiannis, and the Deputy Minister of Environment and Energy, Gerasimos Thomas. According to the joint statement, they reaffirmed the commitment of Greece and the United States to work together to support the diversification of energy sources in Southeast Europe, to work with regional partners in the Eastern Mediterranean to develop energy resources and to promote energy security. .

"Barbs" against Turkey for EEZs and continental shelf

They also discussed the current state of the energy market created by the COVID-19 pandemic. Each side reiterated the importance of diversification in the energy sector, which was highlighted by the recent disruption of supply chains," the statement said, which " frames" the Turkish side's provocations regarding the EEZ and the continental shelf of the Greek islands.

"The US and Greek delegations have emphasized the need for all countries in the Eastern Mediterranean to comply with international law, including international maritime law, as enshrined in the 1982 Convention on the Law of the Sea. and to promote good neighborly relations for the benefit of regional stability and security, thus creating a favorable environment for the diversification of energy sources and routes ", the announcement points out against the background of the Mitsotakis-Erdogan communication, on Friday.

What the announcement shows about the US intentions

The last two parts of the statement highlight the intention of the United States to support any alternative route (pipeline) for the supply of gas to Europe, in addition to the Russian influence, while on the other hand, showing the intention and willingness of the Americans to enter the "game". Renewable Energy Sources in Greece, which is just beginning:

"Undersecretary of State Fannon expressed his satisfaction with the completion of the Greek section of the Trans-Adriatic Pipeline (TAP), its support for the continuation of the construction of the Greece-Bulgaria Pipeline Interconnection (IGB), and progress in its work, the floating liquefied natural gas unit of Alexandroupolis and the underground gas reservoir of Kavala, as well as in the interconnection of Greece - Northern Macedonia. Delegations from Greece and the United States have reaffirmed their support for diversifying export options for energy sources in the Eastern Mediterranean, boosting regional and European energy security and being commercially viable, which could include new infrastructure projects such as EastMed.

"The Group also discussed potential US private sector investment in the Greek energy sector, opportunities in the oil market and expanding co-operation in the field of Renewable Energy. This was highlighted by the new opportunities for US investment created by the US Development Finance Corporation (DFC). Both sides welcomed the participation of ExxonMobil in cooperation with Total and Hellenic Petroleum in two maritime areas, which have been granted for exploration and exploitation in Western and Southwestern Crete and look forward to forging new partnerships in this area. The two sides also discussed possible investment opportunities for the United States in the field of Renewable Energy, in light of the recently ratified Greek law on "Modernization of Environmental Legislation".

The role of Germany

The only thing that is certain is that Berlin does not intend to play a second role, especially when it comes to the chessboard of Renewable Energy Sources. From the mammoth  "injections" in German companies, it seems, after all, that Germany intends to use the opportunity of the pandemic to strengthen its position in the markets.

It is noteworthy that before the April Summit, when the first "battle" took place for the Rehabilitation Fund and the Multiannual Fiscal Framework, Angela Merkel received a joint letter from 189 companies, industry associations, think tanks and NGOs, with which they requested "Green" recovery after the pandemic. A look at the signatures that accompany the letter in question proves that the "Green" Revolution does not only concern ... romantic ecologists, but also the financial interests worth trillions of euros. "It's up to you to take advantage of the coronavirus lockdown for a sustainable restart of our economy. Germany must play the role of pioneer in Europe and in the world in this regard," the letter of the189 reads.

According to estimates (International Renewable Energy Agency), "green" investments can "grow" global GDP by about $ 98 trillion by 2050, based on the assumption that for $ 1 of such investment, they return $ 3-8 to the economy. In addition, it is estimated that as many as 42 million jobs could be created over the next 30 years, as well as improved social and health indicators.