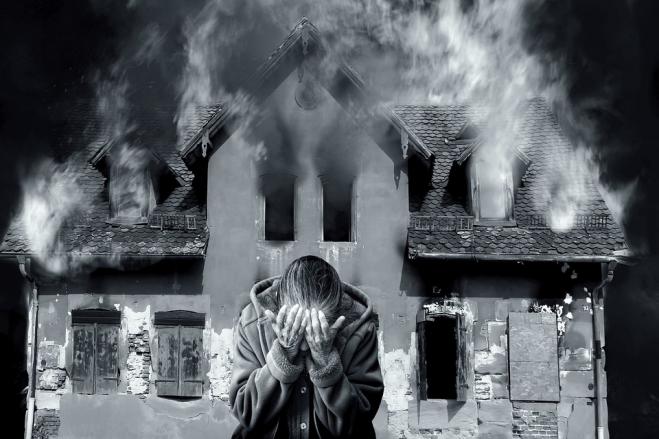 Two years after the Mati fire tragedy that claimed the lives of 102 people, shocking audio revelations have come to light, as they seem to describe an attempt to cover up what happened.

In the shocking audio recordings revealed by the newspaper "Kathimerini tis Kyriakis", the former chief of the Fire Brigade, Vassilis Mattheopoulos is heard talking to Dimitris Liotsios, the officer who had undertaken the investigation into the deadly fire. The audio document was secured by firefighter Dimitris Liotsios, when he put his mobile phone to record his conversation with the then leader of the Fire department, Vassilis Mattheopoulos.

It should be noted that the then deputy chief and later chief of the Fire Brigade V. Mattheopoulos was the one who, together with the former Minister of Civil Protection Nikos Toskas, informed Alexis Tsipras on the night of the catastrophic fire in Mati without mentioning the existence of people killed. Mr. Mattheopoulos took over the position of Chief of the Fire Brigade after the fire in Mati, being a choice of the SYRIZA government, despite the fact that he was among the 20 accused by justice for the event.

As can be heard in the audio, the former head of the Fire Brigade, Vassilis Mattheopoulos, talks about orders that he is following from his political superiors in order to convince Dimitris Liotsios to change his conclusion.

The case came to light from "Kathimerini tis Kyriakis", which reveals an attempt to cover up, under the SYRIZA government, the elements of the investigation related to the tragedy, in an article entitled "Bury them because we will tear you apart" which seems to be only the beginning. The article states that the officer of the Fire Brigade, Dimitris Liotsios, undertook to investigate the causes of the tragedy under a prosecutor's order. "He knows it is a difficult task - he thinks he should look for any responsibilities of his superiors and the balances will be delicate. "But he accepts without a second thought", the article emphasizes.

The following describes in detail all the stages of the research from the first day until now. With all the "thorns", the obstacles and the "pressures" that were exerted while the prosecutor's conclusion and the investigation of Mr. Liotsios were "progressing".

Threats and blackmail for the outcome of the tragedy in Mati

According to the audio recording, Mr. Liotsios was faced with unbearable pressures, but also threats, in order to stop his investigation. In fact, according to the article, high-ranking executives of the Fire Department during the period of SYRIZA government allegedly played a leading role in the threats, threatening and blackmailing him and asking him to bury evidence so that both he and the then Attica governor Rena Dourou, but also all those involved in managing the tragic fire in Mati woul d not be held accountable.

Apart from threats heard on the recordings, however, there are also blackmails attributed to the former head of the Fire Brigade, Mr. Mattheopoulos, such as: "Bury the documents because we will tear you apart", while the then leader refers to a former SYRIZA minister (the newspaper alleges that he is referring to Olga Gerovasili) who is said to have "given the order for concealment", while it is emphasized that there were reports of "from above" orders of the political leadership of the competent ministry.

According to "Kathimerini", in the handling of the case by the Justice there is a tinge of an extra-judicial intervention and cover-up, which involves the then prosecutor of the Supreme Court Ms. Xeni Dimitriou and the Inspector of Public Administration Ms. Maria Papaspyrou. According to the article, Ms. Dimitriou informed the prosecutor Mr. Zagoraios, who was handling the case and was aware of the threats and blackmail against the investigators, not to proceed with his investigation, before including the conclusion of Ms. Papaspyrou… When the then relevant order of Ms. Dimitriou had been leaked, the then prosecutor of the Supreme Court had spoken of a misunderstanding.

It is noted that the revelations about the pressure and blackmail to the investigators of the case in Mati are documented - always based on the publication - from audio material that was immediately submitted to the prosecutor of the case. Aside from citing the tragic mistakes made that day until we got to the point of mourning 102 of our fellow human beings, the revelations about the pressure exerted on Mr. Liotsios are truly shocking. According to the recent complaint of Mr. Liotsios, senior officials of the Fire Department asked him to stop the investigation or bullied him. in order not to expose themselves and politicians, such as the then Attica governor Rena Dourou.