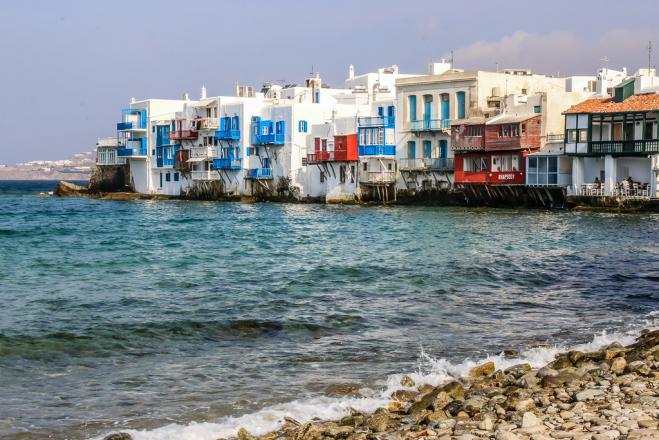 Restriction measures will be imposed in Mykonos and in Halkidiki, the Civil Protection General Secretariat said on Wednesday.

At an extraordinary meeting that was concluded earlier on Wednesday and taking into account the epidemiological data in Halkidiki and Mykonos, Deputy Civil Protection Minister Nikos Hardalias in cooperation with Professor of infectious diseases Sotiris Tsiodras decided the imposition of the following measures.
- Suspension of all events as live parties, festivals, flea markets and other outdoor events
- Prohibition of any kind of gathering above 9 people for any reasons in outdoors and indoors areas
- Up to four persons per tables in restaurants except from families there are allowed up to 6 people.
- Mandatory use of face mask in outdoors and indoors areas.
The above measures will come into effect from Friday 21 August at 06:00 until Monday 31 August at 06:00.

Making use of the hotline 112 for cellphones registered in Mykonos island and the Halkidiki peninsula in Macedonia, the General Secretariat of Civil Protection alerted the public on Wednesday to the surge in coronavirus cases in the two regions.
Calling on the public to observe the measures announced earlier in the day to restrict the progress of the pandemic, the messages say in Greek and English that "there is an increased epidemiological load" in the two areas, reminding people to wear facial masks (obligatory), be alert, and remain safe and healthy.

Open markets
Meanwhile, a Government Gazette regulation suspending open farmers' markets (laikes agores) in Halkidiki from August 21 to 31 is expected to be published on Wednesday. President of the federation of open markets in northern Greece and Thessaly Vassilis Makridis said he was informed by the Civil Protection Deputy Minister Nikos Hardalias of the upcoming measures, although producers are against it. In the Halkidiki area, they number nearly 1,000, he said.