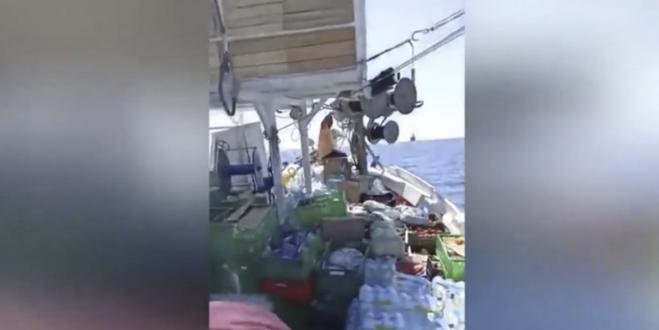 The initiative of the locals in Myrtos in Ierapetra was touching, when they realized that the frigates of the Greek Navy were in the open.

In fact, among the warships was the frigate "Lemnos", which starred in the incident with the Turkish ship "Kemal Reyes".

According to the main news bulletin of OPEN, residents and shopkeepers gathered huge quantities of supplies and hot food within two hours. Then, private boats, in consultation with the Coast Guard, transported them to the frigates, causing the emotion of the crews.

As Nikos Lambrakos, diver and boat owner, told OPEN, the restaurants gathered pastitsia, moussaka, fish, pizzas, watermelon melons, okra, soft drinks, water, in order to offer them to the men of the Navy. "It was a moving mobilization, it was done so that they feel that they are alone, it is that they feel and that we who are on land are with them. These people were moved, do you know what it is like to be at sea and suddenly see boats approaching them? This is the least we have to do with the people who have been at sea since July 20. We thank them for standing there and knowing that they will have everything they need. "