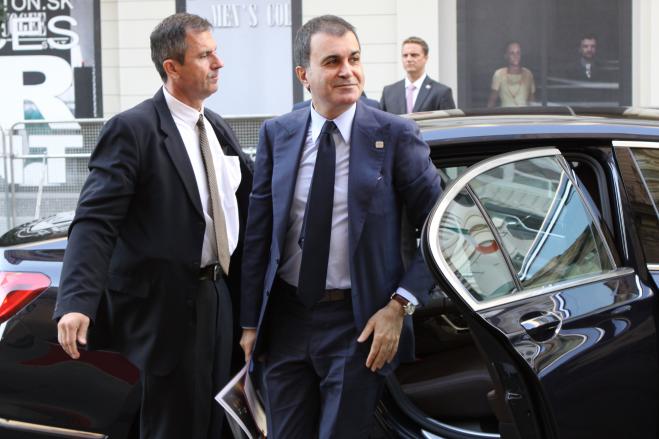 The representative of Erdogan's party, AKP, Omer Celik, was invited to comment on Mike Pompeo's visit to Greece.

The Turkish politician appeared annoyed by the second visit of a US official to Greece in a month, which, as he said, overshadows the US neutrality in the Eastern Mediterranean.

Celik argued that the unilateral statement of US support - through Mike Pompeo - to Greece does not serve to ensure peace in the region and puts obstacles in relations with Turkey within NATO.

Turkey, through diplomacy, stressed Omer Celik, noting that the visit to the Greek Cypriot side feeds the political impasse in the Cyprus issue, which, as he claims, Nicosia supports.

Mr Pompeo - who initially thanked the prime minister and his wife for their hospitality - said it was the first time an American secretary of state had visited Greece twice in a short time.

He made special reference to the "very strong military relationship" between Greece and the United States - and later announced the mooring of a huge US support ship in Souda - and added that Greece is a pillar of stability but also that "we are very proud to support the leadership of the Greek government and military leadership." .

Turkey is on the side of Azerbaijan until the end, says Celik
However, Omer Celik also referred to the tension in Nagorno-Karabakh, taking a position in favor of Azerbaijan, saying that the two countries have a common destiny and common values.

The Turkish politician claimed that Armenia violated the ceasefire and carried out a "genocidal" attack. Erdogan's message is that Turkey will stand by Azerbaijan until the end.