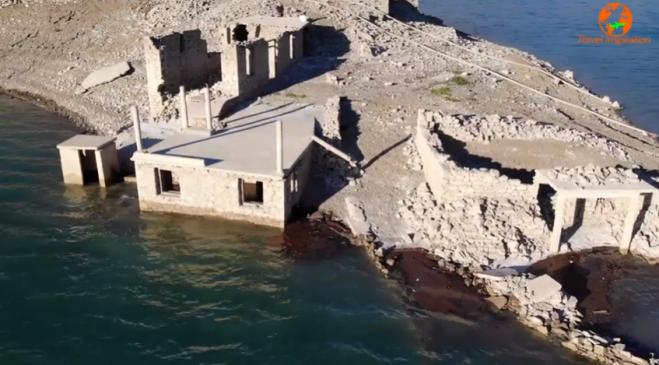 Many times, people's predetermined actions change the course of history and differentiate its events, creating a new reality… Marinos Charalampopoulos takes us on a tour of a village that was lost in the name of progress.

The year 1969: The works for the construction of the dam of the artificial lake of Mornos in Fokida, at a height of 125 meters, begin, with the aim of supplying water to Athens

Ancient Gallipolis, the easternmost part of the Aetolian tribe of Ofiones according to Thucydides, which in 1915 iwas renamed from Veluchovo to Kallio, is nearing its final disappearance from the map of Greece. In the few years that remain, the inhabitants of the village in collaboration with the Ministry of Culture and a well-known archaeologist, reveal public buildings, cemeteries, shrines, the theater, the fortification and various other treasures that are preserved today in the archaeological museum of Lidoriki. for many years they were buried under the ground, testifying to their great history over the centuries. However, it is fated that they will disappear from our field of vision again, since the construction of the dam has now been completed.

The year 1979: The completion of the dam is now a fact.
The villagers are forced to leave their homes, compensated by the state and build Kallio at a higher point, while many of them settle in Lidoriki, Athens and the surrounding areas.
In the next two years, the plain between the Vardousia mountains and Giona is filled with water and the stone houses of Kallio as well as many stone bridges, nest forever in their water hiding place. The artificial lake of Mornos, with a capacity of 800 million cubic meters of water, through its aqueduct, one of the largest in Europe with a length of 192 km, supplies water to the entire basin and villages of Viotia.

But there are times when the "creatures" of the water are looking for the warmth of the sun as well as a little of the calm that nature once offered them. Thus, in times of great water scarcity when the level of the lake goes down, the village emerges through its waters like a ghost of the past, but with the rise of its level, it is lost again in the wet embrace of the lake.
Shocking and full of pain is the phrase of a resident of the former Kallio, in a short film that is claiming the first prize in a festival abroad…

"Whoever comes to his end and will go to the other world, will go there ... The village is reunited…"