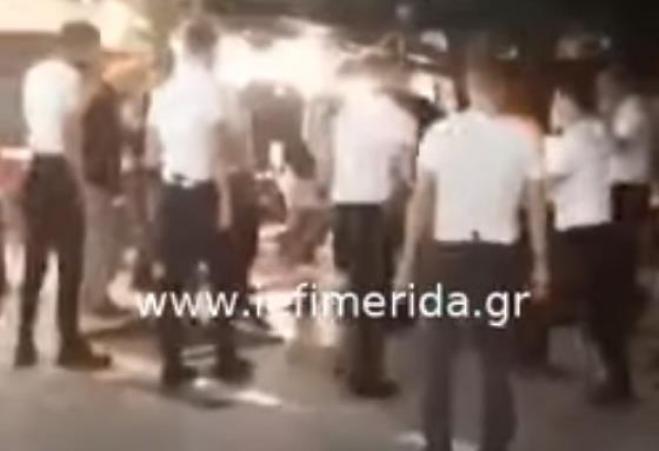 Sunday night in Monastiraki. A young woman gets off the subway. A few meters further she finds out that someone has opened her bag and taken her wallet and mobile phone. Out of the corner of her eye she locates the perpetrator.

A 25-year-old Syrian who according to information from the press is a drug addict and in the past has served prison sentences for theft.

The woman called for help. Waiters from a neighboring store immobilized him and as can be seen in the videos provided by iefimerida.gr, they beat him and then tied him up, while they also called the police.

The 25-year-old Syrian, tied to hand and foot, lying on a windowsill, may be trembling due to a crisis due to the lack of toxic substances that his body needs. The police arrive at the spot after a few minutes and take him to the Acropolis police station. A little later, police found the young woman's mobile phone and her wallet with 50 euros.

It was a wild moment in the center of Athens with many strongly criticizing the fact that the store employees took the law into their own hands.

On the other hand, workers in the area claim that the situation is out of control and that crime has hit red in the main streets of Athens every day. They point out that if they had not immobilized the Syrian, he would have disappeared a little later.