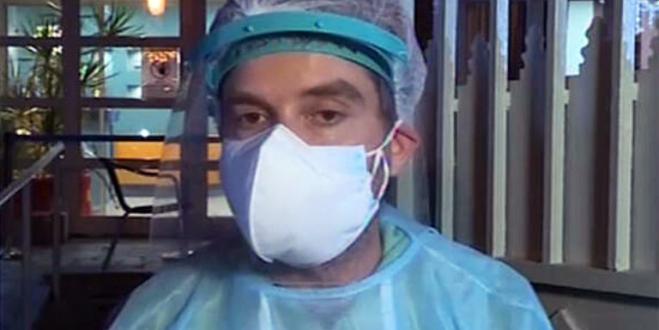 The news of the suicide of the owner of the nursing home in Agios Stefanos has caused shock in Greece.

Dimitris Kampanaros, 41, founder of the "Nea Thalpi" nursing home, ended his life with a shotgun inside his own home, spreading grief to relatives and friends who had only good things to say about him.

Two employees and an elderly woman were diagnosed with coronavirus in the nursing home he ran, while, according to information, he was also found positive, a fact that must have affected him psychologically.

Nursing home owner: I failed, the coronavirus defeated me
The owner of the nursing home, before ending his life, left a handwritten note, in which he said goodbye to his own people and in a stern self-criticism, with the weight of responsibility he felt, he referred to the reasons for the fatal act.

"I am a failure. I discredited the nursing home. I did not make it. I failed. No one will ever trust me again. The coronavirus defeated me. Got tired. And I was probably not a good captain. I loved my job. I was wrong, I got a coronavirus after all this. ", Were some of the things he wrote in the note.

In the note, Dimitris Kampanaros refers, according to information, to both his mother and his sister, while he reveals that the carbine he used belonged to his father.

According to people who knew his job, in order to protect the approximately 100 elderly people, he had voluntarily quarantined the nursing home, but things took a different turn just 24 hours ago.

Prosalikas: He had an excessive sense of responsibility
Stelios Prosalikas was appointed for the tragic event. The well-known former coach of the national volleyball team is also the president of the Panhellenic Association of the Elderly Care Unit and knew the owner of the nursing home personally, as they worked closely together. Speaking to Mega, he said he had "an excessive sense of responsibility" and said he was shocked by his action.

"I have known this man for over 10 years. I went to the Unit and for the first time in my life I almost fainted. Dimitris' excessive sense of responsibility. He loved his job very much ", said Mr. Prosalikas initially.

"We are talking about a great person, he loved the elderly. And he was very formal. It was the only unit that was placed for 2.5 months in voluntary quarantine. As he was driving he wore a mask and a covering on top. He could not bear the possibility of being exposed. That was his sense of responsibility," he added.