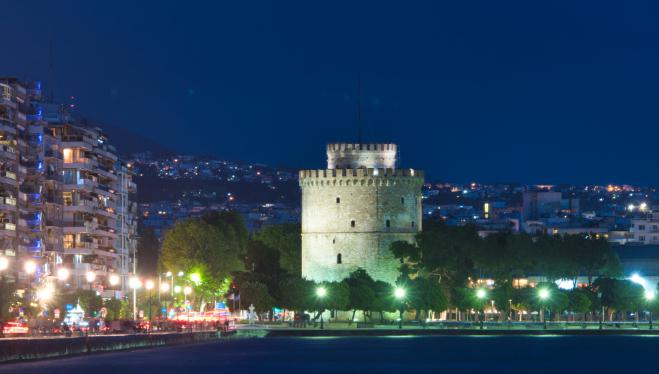 "While the figures show that even now Greece is among the countries with a better epidemiological picture, the coronavirus cases are showing exponential growth in Greece," government spokesperson Stelios Petsas said, starting his briefing to the press on Monday. "The condition in Thessaloniki, in some neighboring regions, is extremely serious for public health. The health minister, Vassilis Kikilias, this morning visited the city, for which an emergency plan has been set in motion," he said.

"The prime minister spoke on the phone with Health Minister Vassilis Kikilias and decided to impose a local lockdown in the regions of Thessaloniki and Serres from 06:00 on Tuesday and for the next 15 days," Petsas said.

As he explained, contrary to last March's lockdown, schools will remain open while the sending of SMS for movements outside the home will be applied again, for the same reasons as in March. Additionally, there will be a curfew from 21:00 until 05:00 in the morning, with only movements for reasons of health or work excepted.
In this context, all non-essential domestic and international flights to Thessaloniki's Makedonia airport will be prohibited.

High-schools (grades 10-12) in the Thessaloniki and Serres prefectures will close, along with the two-week anti-coronavirus lockdown that goes into effect there on Tuesday, was announced on Monday evening.

The decision was reached following a recommendation by the health ministry' committee of epidemiologists and health experts but is a decision that does not reflect the spread of the virus in schools, Health Ministry sources told Athens-Macedonian News Agency (ANA-MPA) on Monday.

Diagnostic tests carried out on teachers and students in schools at Kozani and Kastoria showed that only 4 tested positive among 661 samples, a mere 0.6 pct, sources pointed out, who added that this fact shows schools remain a safe environment for students and teachers, even in areas exhibiting a high epidemiological burden.

Universities at the prefectures of Thessaloniki and Serres are already performing classes exclusively via distance learning.