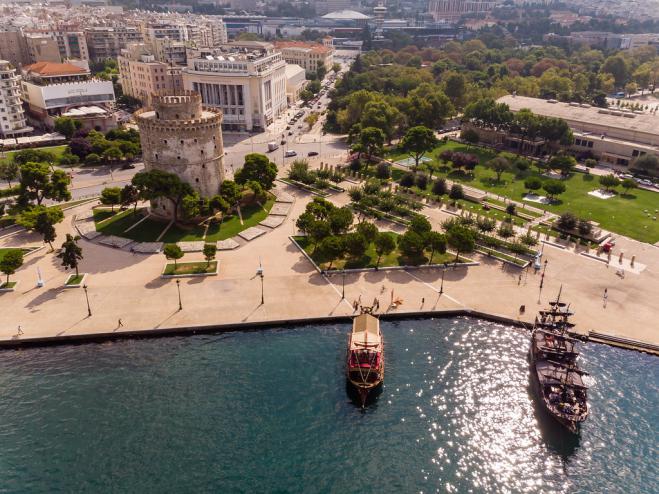 The government and the committee of infectious disease specialists have been alerted to the situation of the rapid spread of the coronavirus in Northern Greece and mainly in Thessaloniki, and now thoughts of new measures are on the table.

According to information, a significant problem is identified in the many movements that citizens make through sms, but also in the control mechanism. So it seems that a new scheme is being prepared for Thessaloniki that will include new measures. Without anything specific yet having locked, policing is expected to increase and stricter controls will be carried out on the movements of the citizens. However, because the controls have not so far acted as a deterrent for citizens, and most are legally circulating via sms, there are also thoughts of reducing travel options via text messages. At the same time, it is not ruled out that he will fall on the table again for the reinstatement of the universal traffic ban at night (09: 00-05: 00), while the closing of primary schools can also be heard.

Infectious disease specialists are meeting - Mitsotakis will be informed

Mr. Kikilias has convened a meeting which will be attended by the Secretary General of Health Services Giannis Kotsiopoulos, who is in the city since yesterday, the Governor of the 3rd Health District of Macedonia Panagiotis Bogiatzidis, the Governor of the 4th Health District Pro of KEPY-EKAB Nikos Papaefstathiou, as well as Infectious Diseases and Intensive Care Specialists of the Hospitals of the city.

On his part, Mr. Chrysochoidis will visit the Police Headquarters of the city where he will have meetings with ELAS executives.

More than 4 million SMS for transfers

The Deputy Minister of Digital Government, Grigoris Zarifopoulos, referred to the SMS sent to 13033. As he mentioned speaking to SKAI, so far more than 4 million messages have been sent for travel, while in the first quarantine the corresponding number was 2.6 million SMS. This has to do as he noted to the fact that in the first lockdown we did not have open schools, transportation of minors, etc. and the citizens were not so familiar with 13033. However, the number of trips is considered particularly high for a lockdown period, and therefore changes are expected to be decided. There may even be announcements by the Deputy Minister of Civil Protection Nikos Hardalias in the afternoon to inform the journalists.