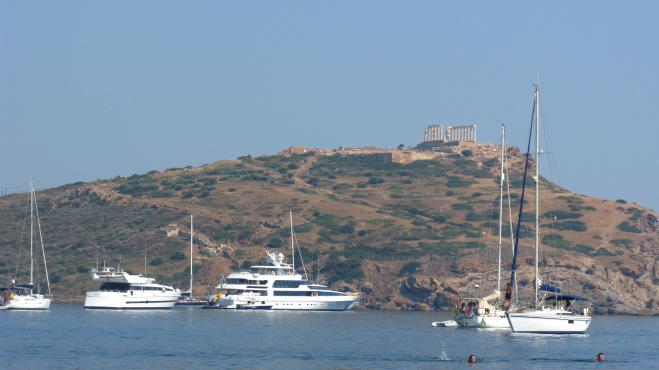 A furor has arisen over the revelation that Alexis Tsipras has rented a villa near Sounio to relax with his family during weekends and holidays.

When the issue came to media attention, SYRIZA tried to water the issue down, saying among other things that the villa is not the one the SYRIZA chief had used in the past but another smaller domicile.

In the past, Tsipras had been using a 250 sq.m. villa in the same vicinity, which belongs to an Italian citizen. As was revealed the current dwelling was repaired by the owner prior to its lease for 20,000 euros.

Alexis Tsipras' explanations about the summer house in Sounio and the rent he pays do not seem to have convinced ND, which returns today by asking three new questions to the president of SYRIZA.

In a new announcement after Tsipras' explanations and the revelation that he pays 500 euros rent for the house in question in Sounio, as well as the extrajudicial messages he sent to two journalists who covered revelations on the subject, ND states:

"Instead of Mr. Tsipras trying to intimidate journalists by distributing extrajudicial writs and throwing the ball off the field to cover up the truth, let him answer:
How can one rent a villa of 142 square meters on 1 acre of land on the sea, in one of the most expensive areas of Attica, for 500 euros per month?
How does the owner of an asset that was put up for sale for 1,200,000 euros pay 20,000 (?) + VAT today so he can get 18,000 in three years, losing money surely, if one includes income tax and ENFIA (property tax) ;
On Sunday, when he denied any reference to a new villa and claimed that all the evidence was in his ways and means statement, did he not know what he "discovered" yesterday?
"Who do they think they are kidding?"