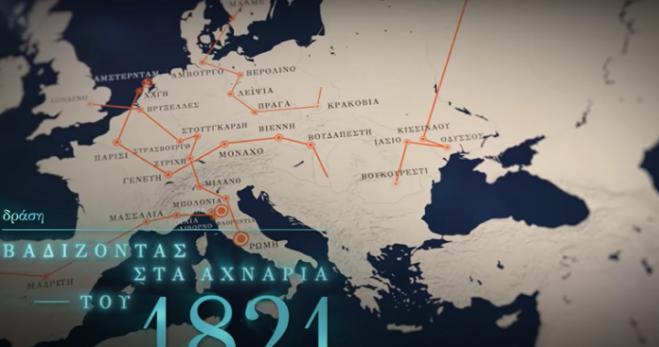 Mr. Roderick Beaton, a prominent and founding member of Ms. Angelopoulou's Committee, is one of these individuals. And of course the positions he expressed regarding the importance and character of the Greek Revolution and published on January 6 in Kathimerini, determine the fundamental framework in which the anniversary events will take place.

As befits international celebrities, Mr. Beaton begins his article by didactically teaching the Greeks. "Both the Greeks and the historians of the Greek Revolution have not understood what the" most crucial event" was, the "key chronology"," the decisive moment ", as he defines it, of the Revolution.

No! Do not let your mind drift to the incursion of Ypsilantis in Moldovlachia, the fall of Tripolitsa, the key battle of Dervenakia, the exodus of Messolonghi, or other events like these. The "underestimated" historical moment "came on February 3, 1830, not on the battlefield, not even on Greek soil, but at a formal meeting that took place at the British Foreign Office in Whitehall. On that day, the Foreign Ministers of Great Britain, France, and Russia signed the so-called London Protocol.

Read the rest of this article at SLpress.gr