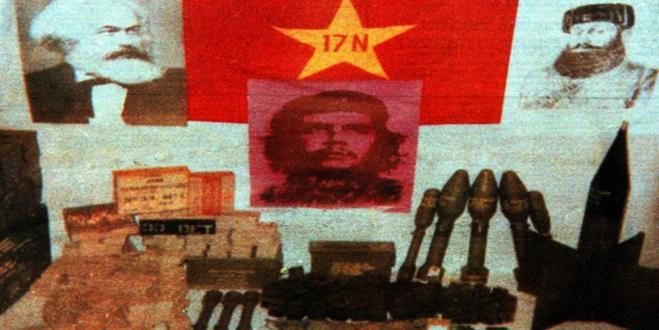 SYRIZA is in a difficult position again, this time over the issue of convicted terrorist hitman Dimitris Koufontina.

SYRIZA executives in recent days have come out openly with their texts supporting the request of one of the leaders of 17N, Dimitris Koufontinas. In the beginning it was the 17 SYRIZA officials who came out with a joint text, while yesterday a text was published by 68 academics, who also support the demand for the "immediate satisfaction" of the request of Dimitris Koufontinas. Among the signatories are 12 SYRIZA officials, many of whom served as heads of public bodies under Tsipras governments, as well as former Parliament Vice President Tassos Kourakis.

Harsh criticism from New Democracy
Characteristically, Makis Voridis stressed that "protests are free for everyone and for whatever they want, regardless of how disgusting what they support is. They support an arch-criminal, an assassin, convicted of many murders. But we all evaluate what they support. The most politically impressive thing that is heard is that there are 15 officials, including former SYRIZA MPs, who sign a text with which they are worried because Koufontinas does not go to Korydallos, which he wants, and goes to the high security prisons in Domokos, which that's his place because he is a convicted terrorist. "

"Koufontinas is a convict, convicted of very serious crimes, and is serving his sentence as defined by law. He has and will have all the rights and obligations that the other prisoners in the country have", noted the Deputy Minister of Civil Protection, Lefteris Oikonomou.

"Barbs" from Tsipras and answers
But also internally, the climate in SYRIZA is heavy, with officials of the presidential faction openly expressing their opposition to any such moves. Yesterday, Giorgos Tsipras, Deputy Shadow Minister of Defense of SYRIZA, speaking on 104.6 FM, stated that "there should not have been 15 signatures" for Koufontinas.

For her part, Olga Gerovasili noted "New Democracy lies and pretends when it accuses us of our alleged ties with terrorism, which of course is not new. The signatories of the text have made it clear that they are talking about the rights of prisoners and are obviously condemning - and we all unequivocally condemn terrorism and its murderous and criminal activities. It is absolutely clear and we have said it in all tones many times. But New Democracy is comfortable with SYRIZA identifying with such behaviors ".

The heavy atmosphere within SYRIZA is also evidenced by the post of Anetta Kavvadia, who wrote on Facebook: "How much fun I have with all kinds of "instructions" can not be said. Wherever they come from… Advice "for the collective and personal good. Accompanied, almost always, by this "but, why do you want and talk about that ?", Or "but, is it time for such things?" or "but, do you not see where the current is going?". Fortunately, growing up, I just smile and pass by. Having chosen, for a long time, the people I listen to, respect, and count on. Whose advice and criticism (sometimes very harsh…), have a clear starting point and targeting. These are my interlocutors, companions, and comrades. Because, as we have said before, everything is a matter of choice… ".

For his part, Panos Lambrou stressed that: "The political expediency and the usual political confrontation with "hits below the belt "of the well-known circles of ND and the willing media have their limit. The comment of the officials of SYRIZA and its Youth does not concern the defense of a person, but the obvious: the defense of the rule of law, legality, equality, and rights, which concern all detainees regardless of the offense and the sentence. Every other interpretation has nothing to do with the truth nor, of course, with our own political position," Panos Lambrou wrote on social media, about the text of 17 members of SYRIZA in favor of Dimitris Koufontinas.