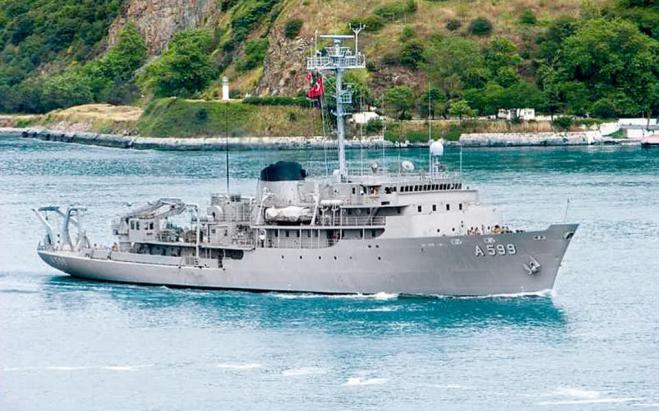 Turkey, after the "noisy" openings to the European Union, which were perceived by Brussels (at the suggestion of Berlin) as a change of course by Ankara, is returning to the usual. It supports, calls for dialogue, without, however, differentiating its expansionist plans. And these plans are being implemented gradually to the detriment of Cyprus and Greece, but also against other states in the region.

After the first meeting in the framework of the research contacts between Greece and Turkey and while Athens has proposed dates for the continuation, Turkey issued an illegal Navtex for the research vessel "Cesme". The seismic surveys of the boat that will cover the sea area west of Ai Strati and Lemnos, start today and will be completed on March 2.

It is clear that such moves torpedo the prospects of a dialogue. Such actions cannot go unanswered. It is not possible to have an ongoing process and at the same time to take provocative actions. The theater that Ankara has played to avoid discussions in the European Union, so as not to raise sanctions issues against it, is obviously over. Now the theater of the absurd has begun, in which Turkey implements illegitimate expansionist plans, and proceeds undisturbed.

The publication of the navtex sends many messages to many recipients: Ankara continues to challenge the sovereign rights of Greece, "grays" areas and puts its demands on the agenda. This is its tactic over time and it works. And this is because it is gaining ground. The phobic tactics of the Greek side allow Turkey to remain provocative The Greek government did not react to what was happening in the Cypriot EEZ, it considered that it is far away and does not concern it.

Five-member Conference
As a result of this phobic approach, the Turkish claims were transferred to the Aegean. The Turkish actions also affect the ongoing processes for the convening of an informal Five-member Conference on the Cyprus issue. Although the dates for this meeting are constantly changing, for reasons known to UN Secretary General Antonio Guterres and Ankara, it is clear that more and more people now believe that there is no prospect of success.

The informal Five-member conference, however, will take place with the aim of starting a roadmap process. At the same time, occupier Turkey will continue on the same path. It will implement its plans smoothly and will try to impose new faits accomplis.. It will try, by force, to extract benefits.