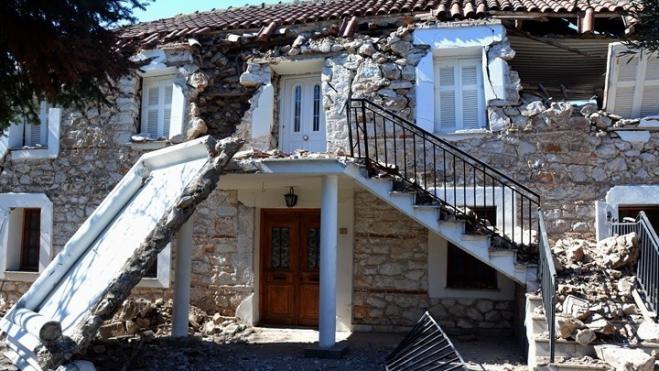 The state of emergency was declared at the orders of Deputy Civil Protection and Crises Management Minister Nikos Hardalias and will take effect for six months from the day of the earthquake, lasting until September 3.

An earthquake measuring 5.9 on the Richter scale shook Elassona in central Greece at 20:38 on Thursday, the National Observatory of Athens' Institute of Geodynamics reported.

The new quake's epicenter was 16km southwest from Elassona proper, close to Larissa.

"This new earthquake was a surprise for us", University of Athens professor of tectonics Efthymios Lekkas told national broadcaster ERT.

Also president of the Earthquake Planning & Protection Agency (OASP), Lekkas emphasized that this was not an aftershock but a new earthquake altogether, which resulted from the activation of a new branch of the fault in the area, the northwestern part of it.

Lekkas added that "everything now goes back to square one", and did not rule out an aftershock of the same magnitude.

Meanwhile, Professor of Seismology at the Aristotle University of Thessaloniki Kostas Papazachos told Athens-Macedonian News Agency (ANA-MPA) on Thursday evening that this "is almost a twin earthquake to the one measuring 6.0 on the Richter scale which shook the region on midday Wednesday, while the revised estimate of this fresh tremor might be even higher", he noted.

The epicenter has shifted slightly to the northwest, he said, but it comes from the same fault.