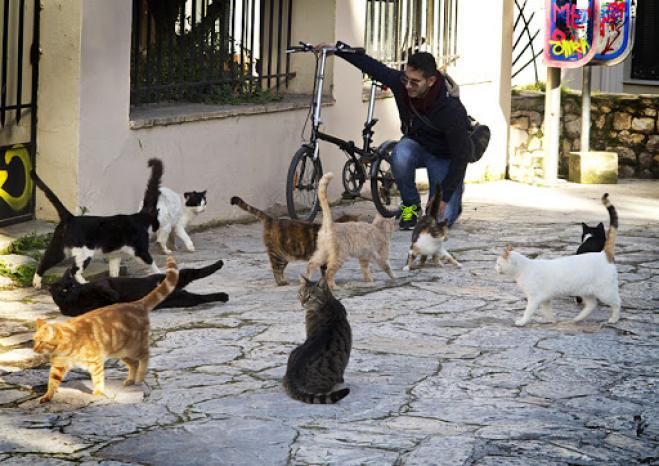 The legislation establishes specific rights for animals designated as house pets and companions, as well as stray animals, including a right to not starve or thirst. Greece has in the past been cast in a negative light, mostly in international press articles and reports by animal rights organizations, for instances of animal cruelty in the country – including abuse of equines used for transporting tourists, like the mules on iconic Santorini.

The fast-track legislation was conveyed to the Council of State (CoS), Greece’s highest administrative court, and foresees that jurisdiction for such animals will be transferred from the agriculture development ministry – whose portfolio includes stock-breeding – to the interior ministry. Once the “green light” is given by the CoS, only the signature of the president of the republic remains to transform the presidential decree into binding law.

The initiative was one of conservative New Democracy (ND) party’s pre-election pledges, which used the slogan “no animal stray; no animal abused”.

All entities related to pet companions and stray animals are covered by the framework, including the adoption process, NGOs and volunteer groups, veterinarians, breeders, shelters, and most importantly, local governments, which will gain regulatory and supervisory powers.

Additionally, the list of acts that constitute animal abuse is expanded, accompanied by fines, whereas fines are increased for more egregious violations.
The first of 10 “axes” of the presidential decree specifically cites the “Five Freedoms of Animals”, as it’s called: freedom from hunger and thirst; freedom from needless suffering and strain; freedom from pain, injury and illness; freedom from fear and anxiety; freedom of expression of a normal behavior and proper living conditions.

An e-booklet and digital medical history will be mandated for pet companions, with data registered and stored on a national online registry – yet another digital advancement in post-Covid Greece.
Rules on the maximum number of births per animal and the decision to reproduce for breeding are also included in the presidential decree.

In bid to end the long-standing indifference and hand-wringing that municipal authorities often exhibited, a specific program, “Argos”, stipulates the obligations municipalities and communities have regarding the management and protection of both strays and domestic pets, and also provides for additional funding.

Finally, complaints regarding animals will be fielded via a national hotline and via a smart-phone application.