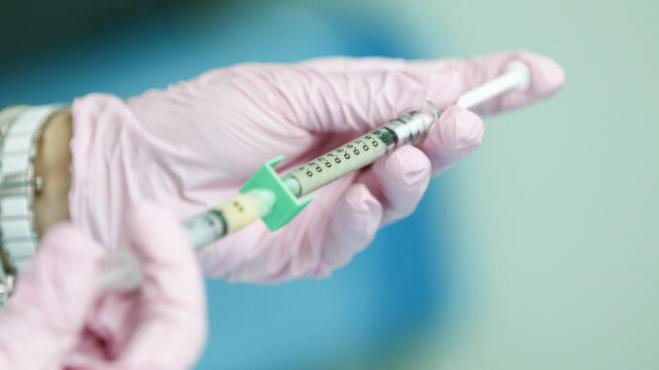 Professor of Pulmonology and Intensive Care, Theodoros Vasilakopoulos, made the nightmarish estimate that if the vaccinations do not proceed, 4 million people will need to get sick in order to achieve immunity of the herd.

As he noted, if the population is not vaccinated, in order to reach immunity of the herd, out of the 5 million Greeks who have been left unvaccinated, 3.5-4 million people will be infected.

"But this will have a cost in the loss of human life and the NSS will not be able to bear it. "99% of coronavirus deaths could be prevented by vaccination."

An infection explosion in the near future

Mr. Vasilakopoulos, warned, speaking to Sky, that we will have an outbreak of cases in the near future, emphasizing that there is no safe way to restart without vaccination.

"The theory that we can open with strict protocols does not exist. With current vaccination rates, the number of daily cases will be very high. Given that the Delta strain that will prevail is 60% more contagious, we must be 60% more vaccinated and 60% more careful", said Mr. Vasilakopoulos, reminding that in 15 days out of 500 cases we reached 3,500.

For the Guillain-Barré syndrome associated with the Johnson & Johnson vaccine, the professor said that one is a thousand times more likely to develop it if the virus is transmitted.

Vaccinated people are much less likely to transmit the virus

Asked if the vaccinated person could transmit the virus, he explained that the chances were much lower. "I have little chance of having the virus inside me. And when I have it, I have it in such a concentration that it is much smaller than I would have it if I were unvaccinated. So the chance of transmitting it is much lower. I can not say that there is no chance, but it is so small that it is not a problem."

Regarding the possibility of serious illness, Mr. Vasilakopoulos pointed out that it is minimal and mainly concerns people who despite the vaccine did not have a good immune response, because they were taking drugs that prevented the immune system from reacting well, such as transplant recipients, people with rheumatism and cancer patients who are immunosuppressed.

On the vaccination of minors

Regarding the vaccination of children, he said that children in the US are being vaccinated en masse, pointing out that parents should stop seeing the vaccine as taboo. "Children are very unlikely to get seriously ill and lose their lives. However, we have lost three children under the age of 18 in Greece so far and many more have been admitted to the ICU. Imagine a child alone for 10 days in a Unit, without his parents", he added.

Finally, regarding the possibility of a new lockdown, he stressed that the country can not close because some do not want to be vaccinated. "If the situation worsens, the solution is to drastically limit the activities of the unvaccinated. In summer they can make use of mixed outdoor spaces. In winter when the temperature drops, what will happen? Will they allow them in a restaurant? He will stay at home," he concluded.