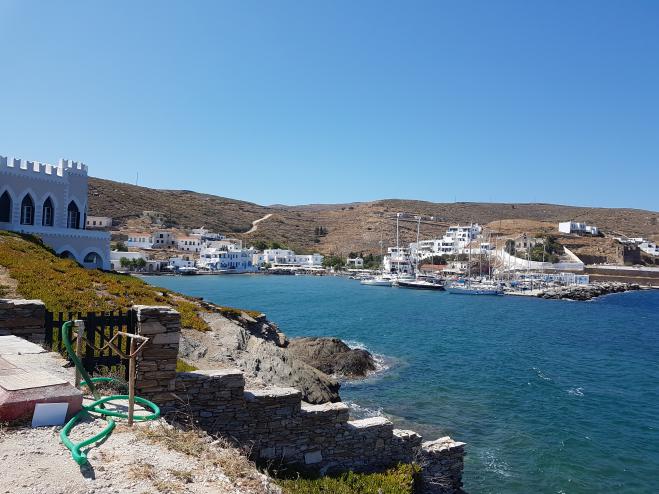 The historic Xenia hotel of Kythnos as well as the two thermal springs has passed into the hands of the Israeli businessman Avraham Ravid,  based on the results of the tender through the electronic e-Auction platform of the Public Tender organized last Friday, by the Hellenic Republic Asset Development Fund S.A. (HRADF) in collaboration with the Hellenic Public Properties Company (HPPC).

Mr. Ravid, who has a holiday home on Kythnos and declares himself a fan of Greece, emerged victorious by offering 2,862,510 euros in a tender that had a starting price of 1.2 million euros.

The Israeli businessman who acquired the right of surface for 99 years of Hotel Xenia and Thermal spring of Kythnos, in the area of ​​Loutra, is going to utilize the facilities of Hotel Xenia as well as the two thermal springs, “Kakavos” and “Agioi Anargyroi”, with the aim of development and promotion of the area in order to attract visitors from all over the world always respecting the historicity of the building, which was designed and built by the great architects Christian Hansen and Ernst Ziller, as well as the scenery and needs of the area.

It is estimated that it will invest over 6 million euros including the price, always based on the plans of the Ministry of Culture, for the renovation of the unit and as it is emphasized that the new Xenia will give new life to the island while creating jobs and opportunities for residents.

Finally, it should be noted that the Israeli businessman has a large supermarket chain in Israel as well as other businesses, while in addition to his house in Kythnos, he maintains a property to be exploited in Athens and seeks further expansion in the real estate sector in the capital in cooperation with other Israeli businessmen.

Kythnos has a long history in thermal springs and spa therapy. In modern times it got its second name, “Thermia”, from the hot springs, which are located in the picturesque bay of Loutra, on the northeastern side of the island. It is historically reported that in 1836 the royal architect Christian Hansen arrived in Kythnos, and drew plans of the complex of thermal baths with marble tubs, while from 1845 Queen Amalia went to the island for bath hydrotherapy.

Xenia and the Thermal Springs of Kythnos had previously been put up for sale by the HRADF, but without a successful outcome.