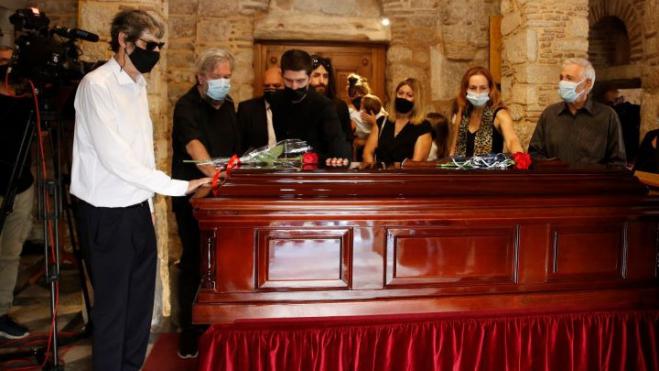 The body of composer Mikis Theodorakis was brought to the chapel of Athens Metropolitan Cathedral on Monday afternoon, where it will lie in state for three days.

Hundreds had been gathering since early morning, awaiting the moment when they could begin paying their final respects.

Greek President Katerina Sakellaropoulou and General Secretary of the Communist Party of Greece Dimitris Koutsoubas will speak at the farewell ceremony.

Later on Wednesday, Theodorakis will be transferred by ship to his home village of Galata in Chania, Crete, according to his final wishes. His funeral will be held there at 13:00 on Thursday, followed by his burial.

Theodorakis passed away on Thursday, September 2 at the age of 96.