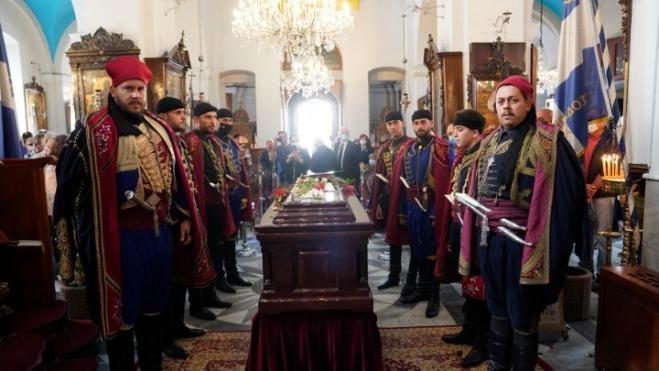 The body of the late composer Mikis Theodorakis, whose music came to define Greece and the Greek identity in the eyes of the world, has arrived on the island of Crete, which is to be his final resting place, early on Thursday morning.

The coffin was first taken to the Chania municipal market and then to the Cathedral of the Presentation of the Virgin in the city, where it will lie in state until noon so that members of the public can pay their respects.

According to the schedule, the body will leave the cathedral at noon and be carried in a car procession to Agios Nikolaos Church in the village of Galata, for a funeral service and burial at the village cemetery, where Theodorakis' father and brother are also buried.