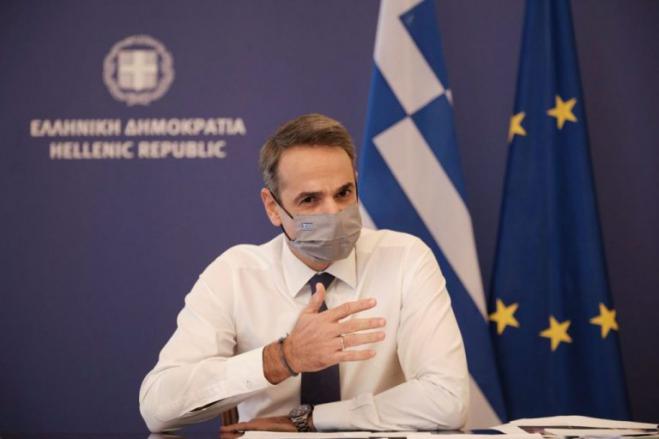 "We must build a future of justice, where people and nature coexist harmoniously and fruitfully. A future in which future generations will look back with pride on what we have accomplished. It will definitely be a difficult battle. Which, however, we have no right to lose" noted Prime Minister Kyriakos Mitsotakis in an article published today in the Spanish newspaper " El País ", on the occasion of the Summit of the Member States of the south of the European Union (EUMED 9), which takes place in Athens.

The Prime Minister proposed actions to protect the environment in the shadow of the climate crisis, and is sounding the alarm for the future.

The article by Mr. Mitsotakis, entitled "What will they think of us? The green message from Athens to the Mediterranean ", refers extensively to the catastrophes that the planet is experiencing due to the climate crisis and stresses that timely measures must be taken, noting that the Summit of the southern EU member states is called to suggest solutions, which will not only concern the historians of the future, but also the present and future generations.

"This is confirmed by the experience of this summer in the Mediterranean and Europe, which were tested simultaneously by fires and floods," he added.

Mr. Mitsotakis suggested, among other things, the alignment of public and private investments in the direction of climate adaptation and climate neutrality, the acceleration of carbon-free infrastructure, immediate restoration of environmental damage as well as flood defenses, and anti-flood technologies. Finally, he considers the coordination of joint actions and means of intervention, the control of overfishing, the management of tourism recovery based on the new models after Covid, and the upgrading of the European Civil Protection Mechanism as most important.