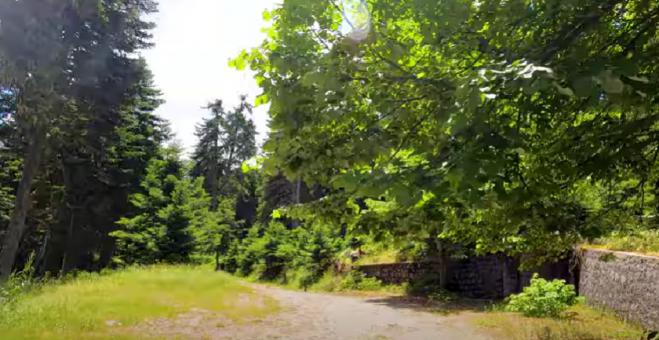 In Mainalo, Arcadia, between Vytina and the peak of Tzelati, there is a unique point where the lowest temperatures in Greece have been recorded, with a record value that reached -35.3ºC according to the automatic meteorological station of the region, which belongs to the network of the National Observatory of Athens. Marinos Charalampopoulos pais a visit and graced us with this video.

This polar temperature occurred on January 17, 2012 in the valley of Kechroti in Arcadia, which is located at an altitude of 1613 meters and is surrounded by higher ridges 1700-1800 meters.

By "doline", or sinkhole, we mean the natural formations that occur in the highlands and in the mountain ranges in general due to the subsidence of the soil. These formations are usually small and surrounded by higher ridges, which isolate them from the wider atmospheric circulation. Thus, they are characterized by long periods of frost (especially when good weather conditions prevail) and by extreme values ​​of minimum temperatures

In the valley of Kechroti from January 2011 until the beginning of November 2017, impressive record temperatures were recorded. In fact, even in the summer months, with the exception of August 2012 and July 2017, there was frost.

Days with total frost are also common during the winter, when the temperature stays below zero throughout the 24 hour period.
On the clear night of this strange phenomenon, the ground was covered with snow and the thick cold air sank into the pit of the area, making it even colder in the depths of the doline and creating this sharp reversal of temperature.

It is noteworthy that within 4 hours, a drop in temperature of 20 degrees below the values ​​of the temperatures of the adjacent meteorological stations was observed!