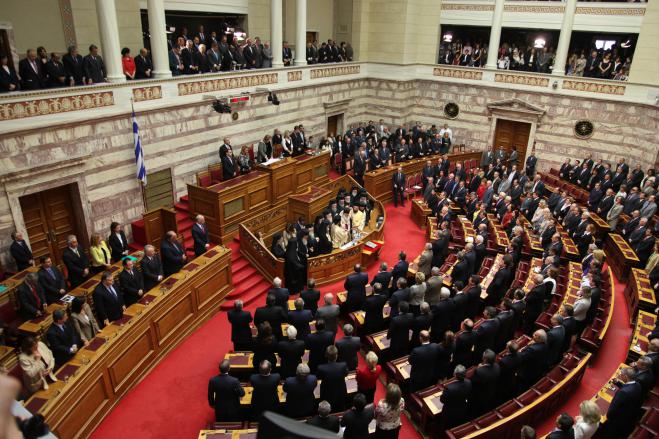 A majority of Parliament deputies in Greece’s 300-MP legislature on Sunday evening, as widely expected, voted down a “no confidence” motion tabled on Friday by the main opposition SYRIZA party.

Specifically, 156 MPs elected with ruling New Democracy (ND) did not vote for the censure, meaning that the Mitsotakis government more-or-less renewed its mandate. All opposition deputies, a total of 142, in the chamber voted in favor of the no confidence motion.

One deputy, who was elected with center-right ND but was later expelled from its Parliamentary group, voted “present”, while another MP, former minister Marietta Yannakou, is hospitalized.

The radical leftist SYRIZA party’s leader, Alexis Tsipras, had tabled the motion in the wake of a snow storm that paralyzed much of the greater Athens area last Monday.