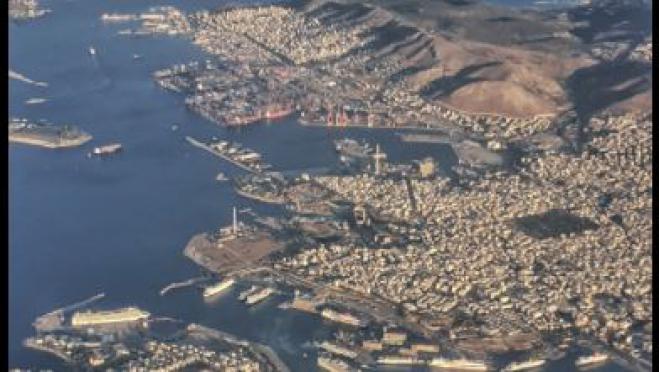 Piraeus, controlled by Cosco, dropped two places in the global ranking of ports, according to a list of top ports published by Alphaliner, while it is the only one among the top ports in the world that records a decrease in container traffic in 2020 and 2021.

Something is obviously happening with Piraeus that after a leap forward, before the pandemic, is now included in the ports where container traffic decreased in 2021 compared to 2020 and was in 29th place among the top 30 container ports in the world from 27th which was in 2020.

Also, Piraeus from the fourth was in the fifth place among European ports.

In fact, Piraeus is among the three ports of a total of 30 that show reduced cargo handling in 2021 compared to 2020, a year in which the ports with reduced cargo totalled 15 and as Alphaliner emphasizes is the only port that shows a decline in 2020 and in 2021.

Alphaliner points out that the increase in traffic in the world's 30 largest container ports exceeded 6.5% compared to 2021. The top 30 ports handled 450 million teu during the year, compared to 421 million teu in 2020.

Shanghai remains in first place for 12 years in a row with Singapore in second. There are four more Chinese ports, while in the top ten the seven are Chinese, one from Korea (Busan), one American (Los Angeles) and one in Singapore. The first among European ports is Rotterdam in eleventh place.