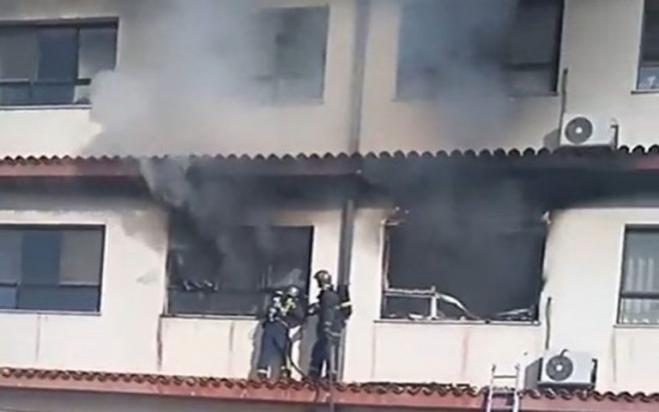 A body was found inside the Covid ward of Papanikolaou Hospital, where a fire broke out after 9 on Wednesday morning.

The fire broke out in the Covid ward of the pulmonology clinic and there are trapped patients in the wards.

Firefighters are currently evacuating the clinic of patients, while according to information at the moment there is no active fire, but intense smoke.

The director of the Pulmonary Unit, Diamantis Chloros, stated that there is thick smoke in the ward, while he expressed his concern as seriously ill patients are being treated in the wards where the fire broke out.

As he pointed out to Open channel several patients managed to escape from the building with the doctors providing them with oxygen, however he stressed that there is no overall picture of the fate of the other patients.