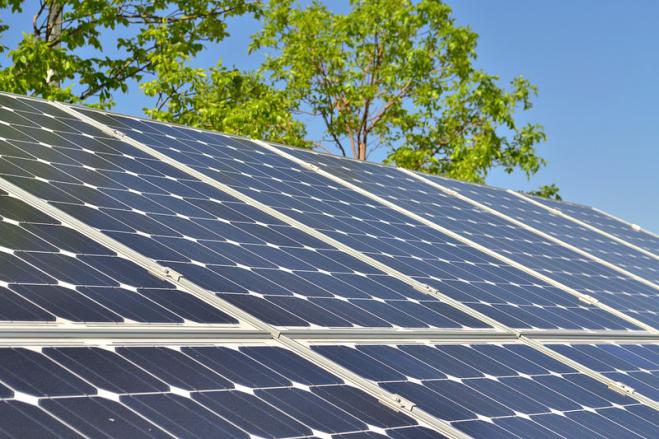 The long-awaited arrangements that will support investments in electricity storage stations with a total capacity of 3.5 GW by the end of the decade, as well as 10 pilot floating photovoltaic parks are included, among others, in the Renewable Energy Sources (RES) multi-bill, which was put up for public consultation yesterday until May 10.

The main interventions of the new legislative initiative of the Ministry of Environment and Energy (RIS) include arrangements for the reform of the licensing process for the installation of individual electricity storage stations, as well as for the licensing of RES and SIPHERGY power plants, built-in electricity storage unit, which either have the ability to absorb energy from the transmission system or the electricity distribution network, or not.

More specifically, a general licensing framework is proposed for the exercise of the electricity storage activity and the relevant procedures are regulated. It is also foreseen the observance by the licensing body and the Energy Regulatory Authority (RAE) of the Electronic Register of Electricity Storage (H.M.AP.E.E.), through which the licenses for storage of electricity will be issued and in which they will be registered. the required data, applications, procedures and details, as specified in the Storage License Regulations and which is designed to be connected to the electronic systems of the other licensing bodies.

The following are provided for the exercise of the activity of storage of electricity:

Storage units for Administrators as well

The proposed bill introduces a provision for the regulation of the ownership status of energy storage facilities by transmission system operators (IPTO, HEDNO). As a general rule, electricity storage activity is a competitive activity and electricity transmission system operators are prohibited from owning, developing, managing or operating energy storage facilities.

Exceptionally and with the approval of the Energy Ministry, the managers will be able to maintain such facilities only if they are fully integrated components of the network, as well as in case the regulatory authority has assessed that there is a relevant need, which can not be met by third parties. following competitive procedures and under the constraints of Community law.

Any such derogation should be notified to the Agency for the Cooperation of Regulatory Authorities (RAE), as well as to the European Commission. In addition, RAE will assess this need at regular intervals, in order to gradually abolish the relevant activities of managers.

In agricultural plots that are characterized as high productivity agricultural land, it is prohibited to carry out any activity other than agricultural and the production of electricity from RES stations. This prohibition does not apply in the case of execution of military projects, large development projects of the State and the Local Authorities, for the construction of transmission and distribution networks of electricity and natural gas, substations and in general for the execution of every project related to the infrastructure of the electric system and the natural gas network, of electricity storage stations or for Strategic Investment cases.

Especially the production of electricity from photovoltaic stations with an installed capacity of more than or equal to 1 MW is prohibited in plots that are characterized as high productivity agricultural land, including the areas of Attica, as well as areas of the Territory that have already been designated as high agricultural land. General Urban Plans (GIS) or Plans of Spatial Housing Organization of Open City, in Housing Control Zones and in Local Spatial Plans , unless otherwise provided in these approved plans.

However, the generation of energy from photovoltaic stations with an installed capacity of less than or equal to 1 MW is permitted, provided that the specific stations, for which binding connection offers are granted by the competent Administrator, cover agricultural areas that add up to stations that have already been put into operation or have been given binding connection offers do not exceed 1% of the total cultivated areas of each Regional Unit.

The power in MW of the photovoltaic stations that are allowed to be installed in high productivity agricultural land in each Regional Unit will be determined by a joint ministerial decision within two months from the voting of the specific extension.

The promoted bill includes regulations for the location, licensing, installation and operation of 10 pilot offshore photovoltaic power stations. These are power generation systems, with an installed capacity of half a megawatt (0.5 MW) to one megawatt each. They consist of floating photovoltaic installations that are placed in marine areas and anchored to the seabed or on adjacent shores, by a housing of electromechanical equipment on the ground that includes the substation with the network, connecting cables of floating installations etc.

These stations will be exempted from the obligation to obtain a Producer Certificate or Special Projects Certificate, environmental permitting and obtaining Standard Environmental Commitments, and the obligation to issue a building permit. Their location will take place in sea and land areas and the interested party (natural or legal person) will have to submit an application to the Spatial Planning Directorate of the Energy Ministry.

In fact, the final Connection Offer of the projects will be granted as a priority over all the requests and within one month from the submission of the relevant application even in areas where the networks have been characterized as saturated.

The use of sea and land areas will be granted by the Greek State, provided that a certificate has been issued for the location of the station, for their installation and operation for a period of 22 years. The land areas that can be granted are even the seashore or the beach, the public lands, forest areas as well as the properties managed by the Ministry of Rural Development and Food.

The rent for the lease of sea areas for installation and operation of floating photovoltaic stations, is defined as a monetary amount in euros per hectare, or fraction thereof, and year. The amount of rent to which the Greek State is entitled is set at 30 euros per 0.10 hectares per year. The obligation to pay rent will start from the date of signing the lease agreement and will be paid on the completion of one month from its signing.