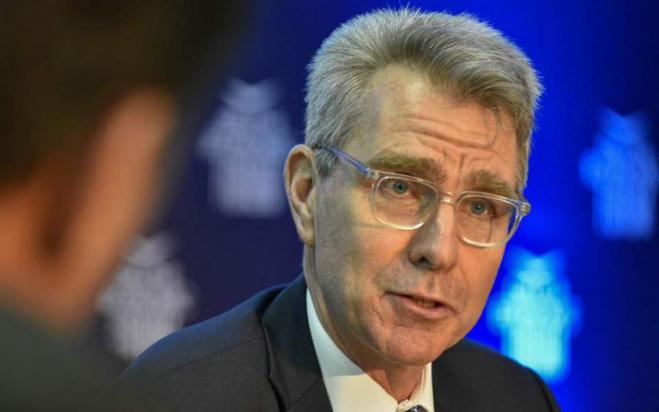 The International Propeller Club of the United States, Port of Piraeus, Club hosted a private farewell luncheon in honour of the outgoing US Ambassador to Greece, The Honourable Geoffrey Pyatt, on Friday 29 April.

The Ambassador was presented with an honorary plaque as well as a certificate of lifetime honorary membership of the Propeller Club of Piraeus.

Propeller Club President, Mr Costis Frangoulis, expressed gratitude for the Ambassador’s exceptional contribution to the strengthening of the relationship between Greece and the United States.

He also thanked the Ambassador for his solid and consistent support of the Propeller Club of Piraeus in his role as Honorary President, during his 6 year term, in Greece. He wished him continued success and expressed the hope that his relationship with the Club would continue in the future.

“I’m sure that a new, very important page in Mr Pyatt’s career will start soon,” Mr Frangoulis said, “and that we will have the pleasure to work together and maintain our excellent relationship in new, creative ways”.