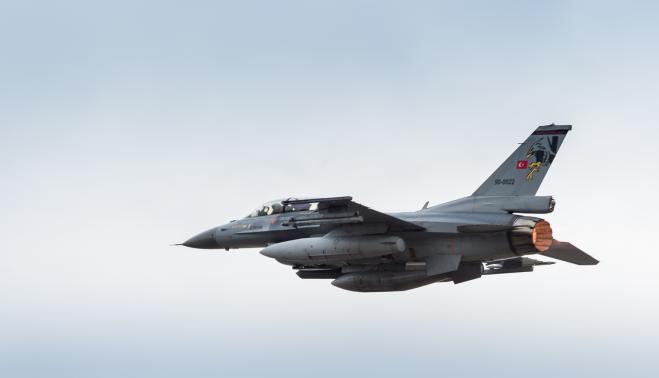 Greece stands firmly against the upgrade of F-16s for the Turkish Air Force by the United States, Foreign Affairs Minister Nikos Dendias told Parliament on Thursday, and this stance "will be expressed in Washington during Prime Minister Kyriakos Mitsotakis' official visit" on May 16.

Speaking before the vote to ratify the Second Protocol of Amendment to the US-Greece Mutual Defense Cooperation Agreement (MDCA), Dendias noted that according to "the information we have and the briefings these are not new aircraft but radars and missiles. If you ask me as foreign minister, this is not a completed act. But, in terms of the Hellenic Republic, the upgrading of the Turkish arsenal constitutes a problem, because Turkey constantly violates our sovereign rights. Therefore, the Greek government's position is clear: No and no."

The overturn of every respect of territorial rights is an existential threat for Greece, and the list goes on, such as issues on the greenhouse effect and environmental security. We are obliged to support these positions in the present geopolitial reality."

Dendias also underlined that if Greek opposition parties do not support the ratification, Greece's position will weaken. The MDCA agreement "bolsters the Greek position and our national sovereign rights. Greece never sought to support a policy of neutrality," he added.