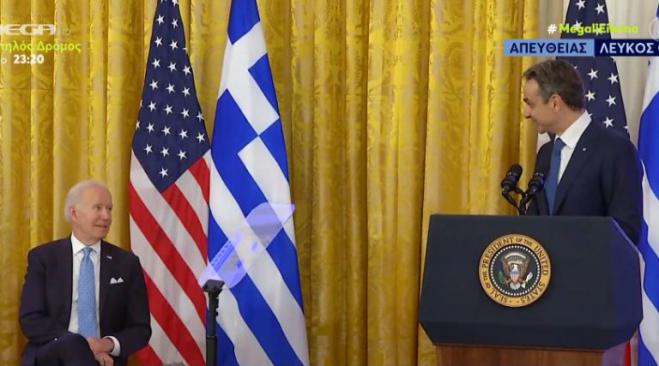 Greek Prime Minister Kyriakos Mitsotakis, speaking at the White House on Monday afternoon after his meeting with US President Joe Biden, announced that Greece will commence the procedure for purchasing a squadron of F-35 fifth-generation fighter planes.

No specific number was given by the Greek premier, but the announcement confirmed a bevy of recent press reports stating that Athens wants to acquire the US-made warplane, on the back of its first deployment of several French-made Rafale fighter planes.

Mitsotakis made the announcement with Biden sitting next to the podium, with the latter saying that long-standing cooperation between the countries’ defense industries is continuing. The pro-reform and pro-business Greek leader said the timeline for adding the F-35s to country’s arsenal is by the end of this decade.

The high-ranking Greek government delegation in Washington over the next two days also includes Defense Minister Nikos Panagiotopoulos, who is expected to discuss armaments with the US side, as well as replacement of older US-made weapon systems.

Mitsotakis also referred extensively to energy- and defense-related issues, particularly to the Russian invasion of the Ukraine.