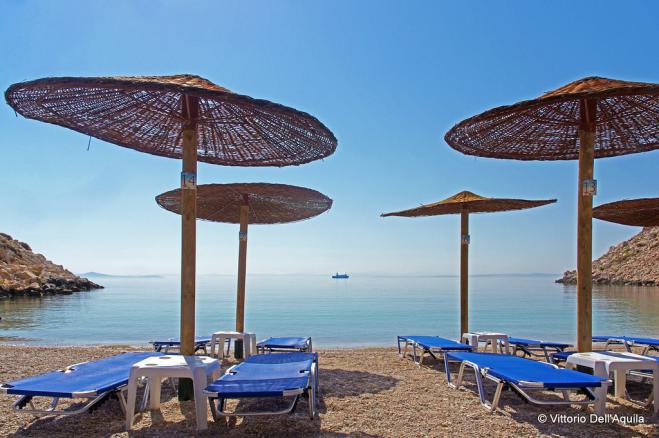 The dynamics of the ferry routes between Turkey and the Greek islands are constantly increasing, with the ferries starting services this year after two years of inactivity due to the pandemic.

The president of the Association of Tourist Travel and Maritime Agencies of Lesvos Panagiotis Hatzikyriakos said that there is movement on the line Lesvos - Ayvalik, which does not reach the numbers of 2019 due to the situation and the economic crisis in Turkey. "Of course, after two full years of inactivity, we saw Turks coming to the island, mostly well-off. During the period of Bairam, about 1,000 visitors came, while at other times they reached 3-4,000."

Is the Greek flag "unprofitable"?

In a market that has a monopoly in Ankara, Mr. Hatzikyriakos stressed that the Lesvos line is served by three companies with two conventional ferries and a catamaran, all with Turkish flags. He underlined that in the past there were also Greek companies, however the "neighbors" gradually established themselves, due to various factors such as the "quality difference" and therefore the smaller "requirements" of the Turkish register.

"Turkish-flagged ships had lower charges, lower operating costs and were more competitive (cheaper fares, etc.). "Thus, for the Greeks, the business activity in the sector was deemed unprofitable", he pointed out.

As he said, we observe this image in the other islands of the eastern Aegean, where there is a ferry connection with the Turkish coast, with the exception of Chios, where a Greek boat is active.

The Turkish side claims that the demand and interest for ferry services between the Turkish beaches and the Greek islands is increasing daily.

"Apart from the Turks and Greeks who use the ships, more and more travelers from other countries are enjoying this service. Many tourists, especially from South American countries, first visit Turkey and then want to go to the Greek islands. "The movement of ferries is constantly gaining momentum," said Yusuf Ozturk of the Izmir Chamber's Maritime Branch.

He noted that coastal services provide a lifeline to local economies where ships operate.

"Many people travel from the Greek islands to Turkish coastal cities for shopping," Ozturk told Hurriyet, adding that demand is particularly strong for ferries between Cesme and Chios and between Ayvalik and Lesvos."