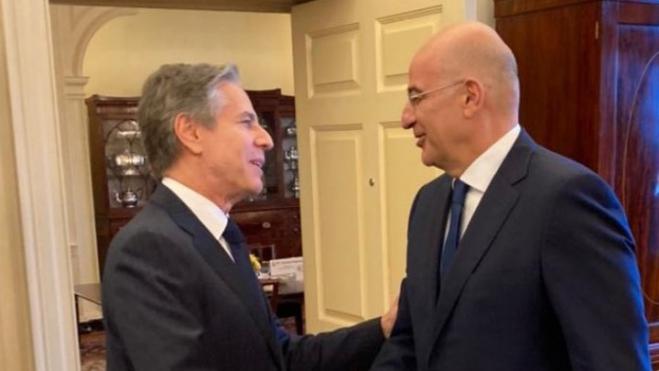 "We had a productive meeting that emphasized the importance of Greece-US strategic relations," he said, adding that they had a "constructive discussion on situation in Ukraine following Russian invasion and developments in the Eastern Mediterranean, the Cyprus issue and the Western Balkans."

The Greek Foreign Affairs also met briefly with US Senator Bob Menendez in Washington on Tuesday, the ministry tweeted.

Dendias, who is accompanying Greek Prime Minister Kyriakos Mitsotakis, met after the premier's address at a joint session of the US House of Representatives and the Senate.