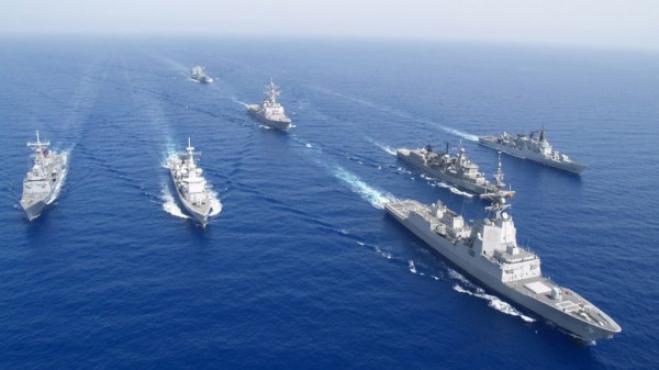 The upgrade of Greek-American relations, the imminent acquisition of F-35s and the internationalization of the Turkish challenges by Athens are the three main reasons for the barrage of threats from Ankara officials.

Turkish President Recep Tayyip Erdogan has not yet come to terms with the visit of Greek Prime Minister Kyriakos Mitsotakis to the United States, while he is said to be particularly annoyed by Athens' letter to the UN.

This was evident from the threats of the Turkish Foreign Minister Mevlüt Çavuşoglu, who once again referred to the demilitarization of Greek islands.

Following Erdogan's line to escalate Turkish provocation, Çavuşoglu raised tones and said, according to Turkish media, that if the Greek side continues to militarize the islands, then Turkey can not remain uninvolved it is not "bluffing."

In fact, he went so far as to raise the issue of sovereignty and said that Turkey would "take matters further if Greece continued to equip the islands."

The head of Turkish diplomacy, referring to the Treaty of Lausanne, reiterated the narrative that Greece is violating international law on the status of the islands.

At the same time, Erdogan continues to challenge our country as with new statements he referred to the issue of the Aegean and the Eastern Mediterranean, with Turkey talking about "protecting its rights without compromise."

"The gradually increasing provocative actions of Greece in the Aegean Sea were discussed, somethin which violates international law and the conditions to which it is a party, as well as its efforts to take advantage of alliances, while it should act with understanding and cooperation.

It was stressed that our resolute stance for the protection of the rights and interests of our nation will be maintained without compromise ", the Turkish FM stated characteristically.

However, what concerns us from now on is how much more Recep Tayyip Erdogan will ratchet up tones and whether he will try to add further add tension to Greek-Turkish relations.

In the coming days, it is not ruled out that migrants will again try to reach the Greek islands from the shores of Turkey.

The fear of a "hot" summer with constant threats and moves to make impression from the Turkish president exists as a powerful scenario, which Athens has studied and prepared for.

Athens responds to Ankara's challenges with composure and determination

It is recalled that Greece, in a letter from the Permanent Representative of Greece to the UN to the Secretary General of the Organization regarding the alleged obligation to demilitarize the Aegean islands, put Ankara in its "place".

The breach of the Treaty of Lausanne

With this letter, which is the product of many months of thorough work by the competent services of the Ministry of Foreign Affairs, all the allegations of the Turkish side are rejected in their entirety, as they are legally, historically and factually unfounded.

Specifically, the whole of the Turkish argument regarding the "interconnection" of the Greek sovereignty of the islands and the adjacent Aegean islands with the alleged obligation of demilitarization of these islands is rejected.

It is emphasized that this interconnection is a clear violation of both the letter and the spirit of the Treaty of Lausanne of 1923 and the Treaty of Paris of 1947, which define permanent borders and territorial rights in the countries mentioned, without any other terms or obligations.

It is emphasized that according to international law, when states conclude a treaty defining borders or territorial sovereignty, their main purpose is to achieve stability and finality. For this reason, when a treaty defines a border or a definitive territorial settlement, that settlement is a real event in itself, which no longer depends on the treaty.

The escalation of Turkish aggression and the casus belli

There is also a clear reference to the escalation of Turkey's aggression, invoking casus belli, as well as the deployment of a large number of military forces against the Aegean islands.

At the same time, the criminal behavior of Turkey is pointed out with particularly threatening actions, both with the overflights of Greek territory, as well as with the harassment of Navy ships and research vessels.

The letter concludes by saying that Greece calls on Turkey to stop questioning its sovereignty over the Aegean islands, to refrain from the threat of use of force, thus violating Article 2 (4) of the UN Charter, and to stop carrying out illegal actions, which violate the sovereignty and sovereign rights of Greece in the Aegean and in the Eastern Mediterranean.