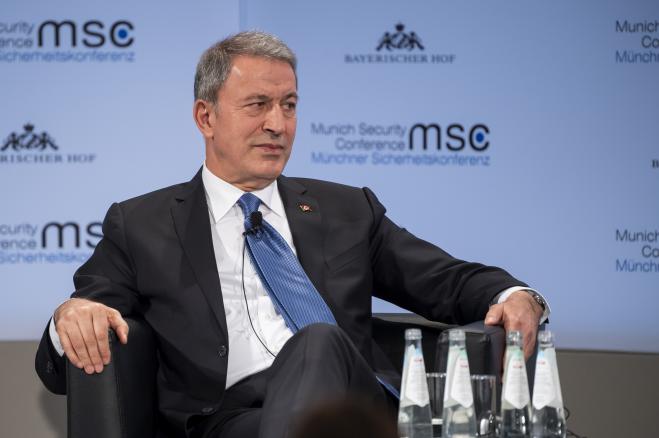 The Minister of Defense of Turkey, in an ironic and undiplomatic way, targeted the Greek island of Kastelorizo once ​​again.

Speaking at the conference of Turkish ambassadors taking place in Ankara, he referred to the distance of Kastelorizo from Turkey, saying that it is only 1,950 meters and military cadets could even just swim there.

In fact, referring to a Greek minister, who allegedly used the phrase used by King Leonidas of Sparta when facing the might of the Persian invading forces of Xerxes, that said  “come and take them”, he replied “if God wills, this can also happen”.