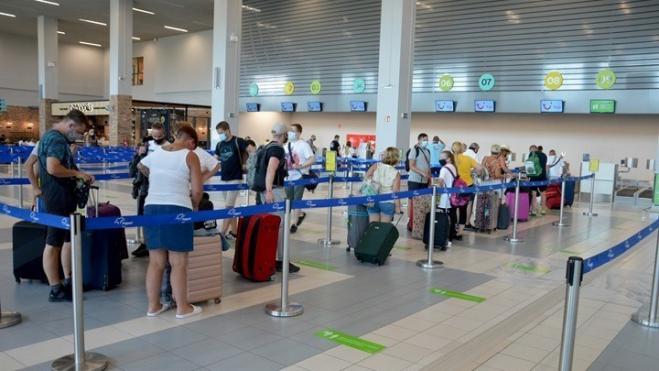 The increase in regular flights offered by US airlines to Athens and Thessaloniki has helped to greatly boost tourist flows from the USA, the American Society of Travel Agents (ASTA) for the region of Greece said in a statement on Friday.

The Greek chapter of ASTA was awarded for the second year as the fastest growing internationally.

The agreement reached with US airlines for 63 direct flights per week from the USA to "El. Venizelos" international airport in Athens resulted in many "high-spender" travellers visiting Greece. According to statistics, the average American's travel budget reaches $ 2,000 per person per week, of which 25% is spent on accommodation and 15% on food.

Leonidas Babanis, president of the American Society of Travel Agents (ASTA) for the Greece-Cyprus region, said: "In mid-October a calendar of events for 2023 will be announced. ASTA in collaboration with Greek organisations will hold various events in the USA. Currently some synergies have been made and culinary events have been launched that will take place in major US cities, such as New York, Chicago and Washington in 2023. But there are some other actions that will be announced in mid-October."

"Greece is among the distinguished destinations of ASTA, especially for this year", he noted.

The announcement of the American Society of Travel Advisors (ASTA) reflects the way that US arrivals have "taken off" in Greece and confirms Greece's strategy for 63 direct flights every week from the USA, Tourism Minister Vassilis Kikilias said on Friday in a statement to the Athens-Macedonian News Agency (ANA). He noted that the increase in US visitors who are "high spenders" has given and continues to give added value to tourism revenues by strengthening entrepreneurs and employees in the sectors of accommodation, catering, commerce and all the sectors that benefit from the tourist product.

"Congratulations to ASTA Greece & Cyprus for their significant contribution to this success," concluded the minister's statement.