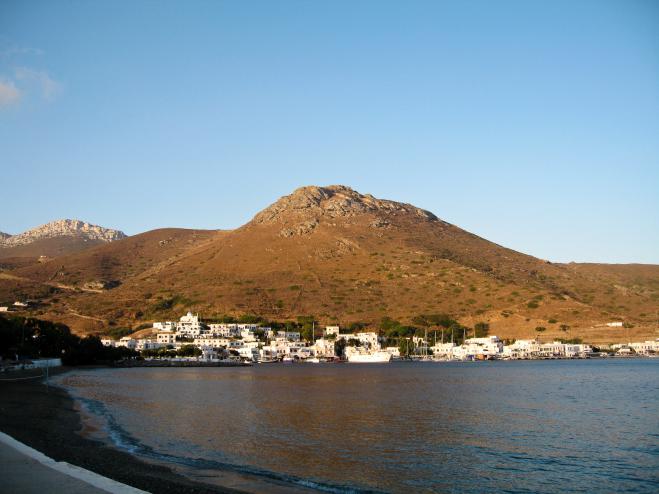 The reduction of fish stocks and pollution in marine ecosystems are among the most important problems we face, so the "Amorgora" initiative must be implemented in all the islands of the country, stressed the Deputy Minister of Rural Development and Food, Mr. Simos Kedikoglou, inaugurating the Xylokeratidi Fishery Refuge of Katapolon, on the island of Amorgos.

The inauguration of the fishery refuge took place in the context of the imminent signing of a Memorandum of Cooperation for this initiative, between the Ministry of Agricultural Development and Food, the General Secretariat of Island Policy, the Municipality of Amorgos, the Agricultural University of Athens, the Professional Fishing Association of Amorgos and the organizations Blue MarineFoundation and Cyclades Preservation Fund.

"It is one of the happy days of a politician when he has the opportunity to attend the inauguration of an important Fishery Refuge, a project we owed to the fishermen of the island who struggled every time there was bad weather as they had to bemove with their boats to the other side of the island and fight to save their lives", pointed out Mr. Kedikolgou.

The deputy minister described the local fishermen as role models because they are anxious for the future and for the environment that we will be handed over to the next generations. "One of the problems of our seas is the reduction of fish stocks, the pollution of our seas. So, when Michalis Crosman, representing the fishermen's association, visited me at the Ministry of Agricltural Development to inform me about the initiative they have undertaken together with the Mayor, I was convinced that the program should act as a model for all of Greece. What is happening in Amorgos must become a model for all the islands, for all the coasts of our country", he added.

The island's fishermen refrain from fishing during the months of fish reproduction with their fleet participating in coastal marine cleanups. In order to achieve their second objective, the cessation of fishing in the months of April and May by all commercial and recreational fishing vessels is required. "Indicatively, I should mention that within a month they managed to collect more than 12 tons of marine waste!", said Mr. Kedikoglou.