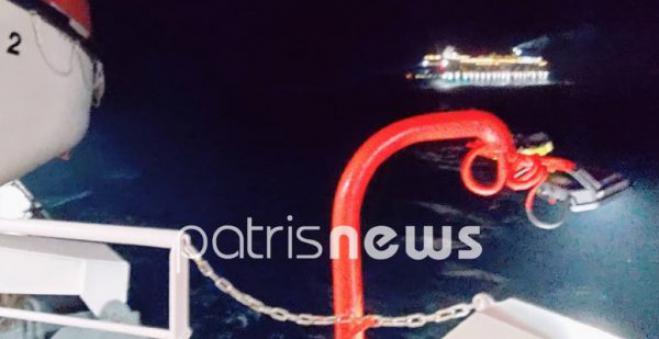 The Hellenic Coast Guard conducted all-night efforts to locate and rescue migrants after two shipwrecks off Lesvos and Kythera. Efforts are ongoing on Thursday morning.

Unfortunately, so far in Lesvos, 15 bodies of women have been recovered, 9 people have been rescued, while it seems that three are trapped in a steep rocky area. At the same time, search parties have extended efforts from sea to land in order to locate migrants who might have managed to land ashore.

According to the first information, 40 people were on board the boat that sank.

Strong winds of up to 7 Beaufort are blowing in the area of ​​the fatal accident, which makes the work of rescuers and the Coast Guard even more difficult.

Nikos Kokkalas, spokesperson of the Coast Guard, spoke to the MEGA television and informed the public that the rescue operations in Lesvos and Kythira are still ongoing. Most fatalities have been registered on Lesvos where 15 bodies have been recovered, while 9 women have been rescued in total.

The press representative clarified that all the rescued are women but the bodies recovered were also women. According to information, it is a boat with 40 people and possibly some people have landed ashore and fled to the north side of the island.

Meanwhile, at least 80 migrants have been rescued so far after a sailboat crashed and sunk in a sea cliff area, in Diakofti, Kythira.

According to the information the authorities have so far, 95 people were on board the boat.

The Coast Guard's search for missing persons continues under adverse conditions, with winds of 8 to 10 Beaufort.

At the scene are a ship that was nearby when the distress call was sounded, a Navy helicopter, officials from the relevant Port Authority, police and fire brigade officials as well as volunteer rescuers.

A Coast Guard open sea vessel, a Special Missions Echelon of the Coast Guard and a team of the Underwater Missions Unit are moving there.

The location of the shipwreck in Kythira

They're collecting corpses in Lesvos

According to the occupants of the boat that sank in Lesbvos, there were about forty people on board. So far nine people have been rescued and fifteen bodies have been recovered, while three are stranded in a rocky outcropping while there are fears that the death toll may rise.

Dozens of migrants experienced dramatic moments after their sailboat sank in Kythira, after hitting a rocky precipitous area in the Diakofti sea area.

So far, there are 80 rescued migrants in Kythira while there is great anxiety as according to the latest information from the port, there were about 95 people on board.

It is noted that a passenger notified via emergency hotline 112 that the boat is in a difficult position and spoke of about 95 people on it.

Reports of the dead
Nearby ships, a Navy helicopter, officials of the relevant Port Authority, police and fire brigade officials and volunteer rescuers rushed to the area.

Also, a high seas ship of the port corps, a Special Missions Team (KEA) and a team of the Submarine Missions Unit of the Coast Guard are also rushing.

According to kythera.news, the shipwreck occurred one nautical mile east of the Makrykythera bridge.

According to some information  there were people calling for help, while bodies were seen in the sea.