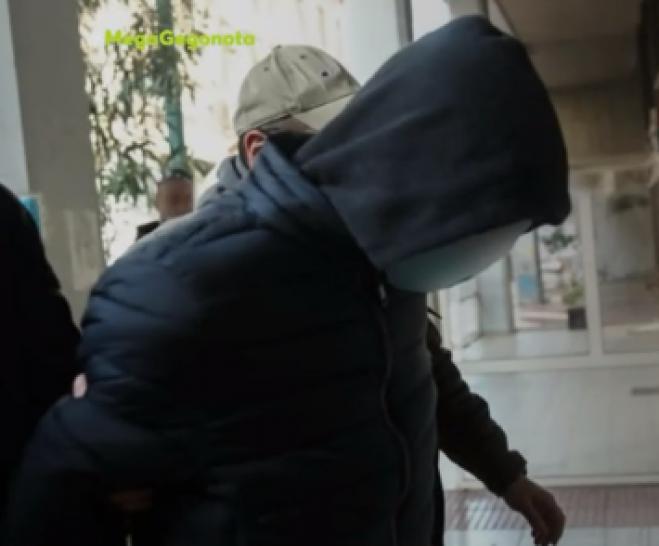 A new femicide with a 19-year-old victim in Piraeus has again caused grief and cinsternation among the Greek public. Once again, an abusive partner, aged 25, shot and killed the girl.

The 25-year-old who confessed to the murder of his partner, wearing a black hood and a mask, was taken to the prosecutor of Piraeus yesterday.

The woman killer asked for and got a deadline to relay his defense at 11 am on Thursday.

"Once again on Saturday we fought. She saw something on my cell phone and the fight started. At that moment I became enraged and shot her. After that I don't remember anything. I regret what I did," the 25-year-old allegedly claimed in his statement to the Police, blaming the victim, as reported by Mega.

The 19-year-old and the 25-year-old met at the house where they lived in Piraeus, in the early hours of Saturday, as both had worked the previous night until late in nightclubs, he in Troumba, she in Kallithea.

At home, they began to fight, when the 25-year-old Albanian, and self-confessed murderer, after using cocaine, took out the pistol he had bought illegally a year ago from some Romanians (according to what he said), put it under the girl's jaw and pulled the trigger, killing his 19-year-old compatriot.

The girl had been sitting on the sofa and there he abandoned her, with the forensic examination revealing that he shot her from a short distance. As soon as he realized his act, he surrendered to the authorities. The police who arrived at the scene found the 19-year-old dead and arrested the perpetrator. He was then taken to the local police station.

The murder was committed between 07.00 and 08.30 on Saturday morning. The 25-year-old hid the weapon he owned in the freezer, which was found by Piraeus security officers, without indicating it to them.

Shortly before he handed himself over to the police, the 25-year-old posted on the social media he maintained: “Weaknesses. She had none. I had one. I loved.".

According to information, it was not the first time that the 25-year-old had acted threateningly towards the 19-year-old, as the couple's fights were frequent.

Last July, and while the 19-year-old was at work in Igoumenitsa for the summer season, the 25-year-old arrived in the city and sent her a threatening message that if she did not meet him, he would go to her work and "break everything".

According to information, the 19-year-old was so scared that she brought a friend and a colleague from work with her to the meeting. After the meeting, the young lady revealed to her circle that the 25-year-old threatened to kill her.