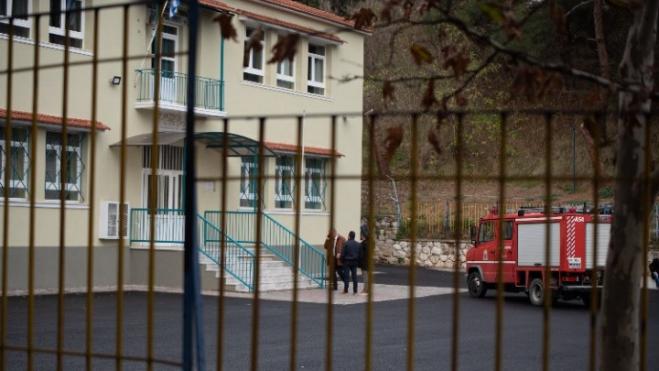 A sixth-grade pupil died and two students were lightly injured when a boiler exploded at the 9th primary school in Serres, northern Greece midday on Monday.

The explosion occured at the school's boiler room, which blew the door out onto the school yard, hitting the boys during their break time.

Two of the boys, aged  6 and 10, were transferred to the General Hospital of Serres with minor injuries at 14: 43. The 10-year-old returned home and the other was expected to be transferred to Thessaloniki for further preventative testing.

Heavily injured, the third boy, 11, was transferred unconscious at 15:37 to the Serres hospital, where he was declared dead.

Speaking to Athens-Macedonian News Agency, school director Nikolaos Tsiotsios said that the school's heating system was recenty changed to geothermal heat pumps from the regular heating oil burner. When the explosion occurred, he added, the old boiler was still in use, against the installation crew's advice. Finally, he noted that he had not endorsed the changeover to a new heating system and its installation was supervised by local authorities.

Prime Minister Kyriakos Mitsotakis expressed his condolences to the family of the 11-year-old student who died, and said that although school maintenance did not fall under the government's responsibility, it would do "everything in its power" to find those responsible.

In a similar message, the Interior and Education ministries also said they would do "whatever is in our power" to investigate the causes of the child's death and were in contact with the municipality to find out what happened and to ensure those responsible face accountability.